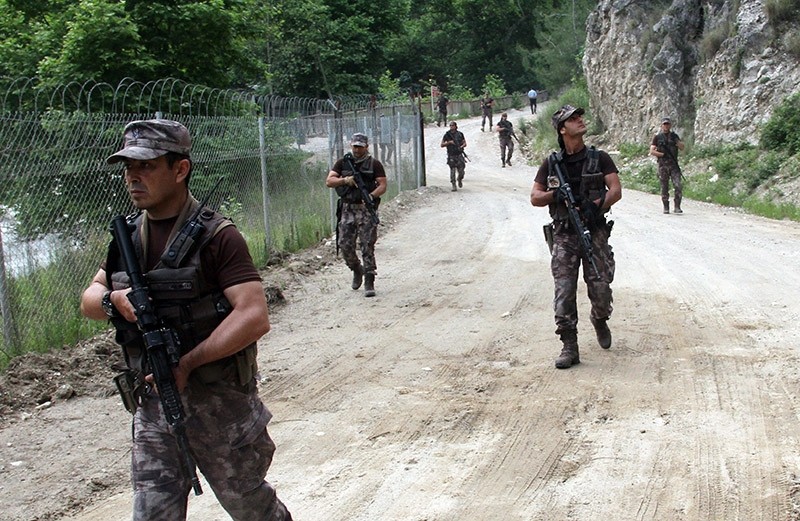 38 PKK terrorists have been killed, over 100 suspects providing assistance for the terrorist organization have been detained in counter-terror operations in the past week, interior ministry said Monday.

According to a statement by the ministry, between May 8 and 15, Turkish security forces carried out a total of 483 anti-terror operations throughout the country.

A total of 118 PKK-linked suspects were detained, while 38 terrorists have been killed, 11 surrendered and three others were captured in the operations.