Turkish MP informs US congressmen about FETÖ in letter 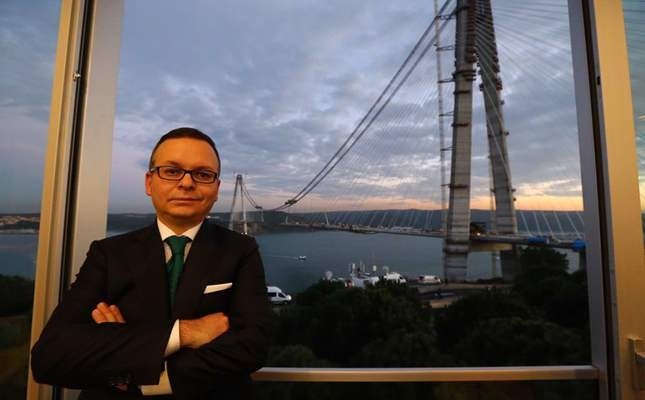 The chair of the Turkish-U.S. Inter-parliamentary Friendship Group Ali Sarıkaya sent letters to his U.S. counterparts regarding the coup attempt last year blamed on the Fetullah Terrorist Organization (FETÖ).

In his letter sent Thursday to the co-chairs of the U.S.-Turkey Friendship Caucus, Steve Chabot, Pete Sessions, Steve Cohen and Gerry E. Connolly, Sarıkaya said July 15 was the anniversary of the thwarted coup attempt.

Sarıkaya, a ruling Justice and Development (AK) Party deputy representing Istanbul, underlined the incidents on July 15 were not a typical military putsch and said: "It is impossible to find the appropriate words to describe the brutality and treachery that the putschists displayed that night."

Sarıkaya recalled that 249 Turkish citizens were martyred and over 2,000 others were wounded during the coup night, calling it "a trial of strength and perseverance for the Turkish democracy and the State".

People of Turkey displayed a "historic" example of solidarity as they stood "selflessly" in front of the tanks and reclaimed their democratic rights, he noted. "Even on the night of July 15, it was obvious that Fetullah Gulen [FETÖ leader] and his disciples were behind this bloody attempt," Sarıkaya said.

Recalling that the FETÖ elements had attempted to infiltrate state organs, he went on to say that "FETÖ is a new generation terrorist organization that is based on hypocrisy, concealment and secrecy."

"As a matter of fact, the Turkish Government had already taken action against this mafia-like cultish terrorist organization and its financial resources before July 15. A series of administrative and judicial investigations into the criminal aspects of the organization had been initiated.

"The police and the judiciary had also taken measures to discharge FETÖ members from their ranks. In short, FETÖ was about to lose its power in Turkey. Attempting to capture the state on 15 July was their last chance to survive in Turkey," he said.

Describing July 15 as "a stark revelation of the existential threat that targeted the very foundations of the Turkish state", Sarıkaya also provided information on the measures taken to fight the FETÖ terror network since the failed coup.

He said the government had evaluated the warnings and objections regarding the state of emergency, declared in the aftermath of the coup attempt, and took necessary steps swiftly.

FETÖ has 'global aspirations of power'

Sarıkaya added that Turkey had simultaneously been fighting the terrorist groups PKK and Daesh while confronting FETÖ.

He said the FETÖ terror network, present in more than 150 countries around the world, was a global enterprise "with global aspirations of power and dominance".

He also informed his counterparts about the structure and activities of FETÖ, saying that the coup attempt was the "largest terrorist campaign targeting the whole 80 million Turkish citizens".

In his letter, Sarıkaya reminded that Turkish President Recep Tayyip Erdogan had discussed the FETÖ issue with former U.S. President Barack Obama and current President Donald Trump in several telephone calls and face-to-face meetings and requested the extradition of FETÖ leader Fetullah Gulen, who has been living in Pennsylvania in the U.S.

Sarıkaya added he himself also held several meetings with the U.S. officials where he expressed his concerns and expectations regarding the FETÖ issue.

Turkey's government accuses the FETÖ terror network and its leader Gulen of staging the coup attempt as well as being behind a long-running campaign to overthrow the state through the infiltration of Turkish institutions, particularly the military, police and judiciary.

Since the foiled coup, operations have been ongoing in the military, police and judiciary, as well as in other state institutions across the country, to arrest suspects with alleged links to FETÖ.