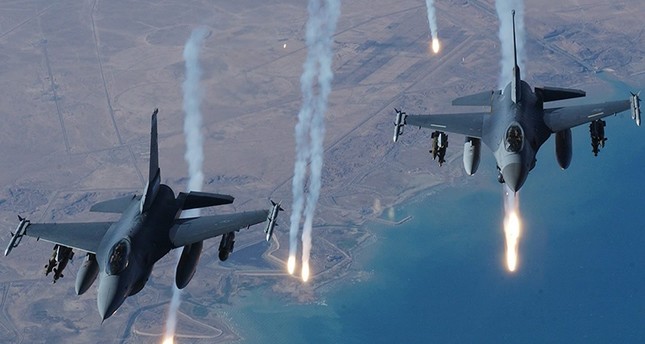 Turkish jets continued to target PKK positions in northern Iraq, as Parliament prepares to convene for an extraordinary session to discuss extending the military mandate for Iraq on Friday.

According to a statement released by the military, arsenals, weapon emplacements and hideouts used by the PKK in the Qandil, Metina and Gara regions were destroyed in airstrikes Thursday.

The military did not elaborate on the number of PKK positions or terrorists destroyed in the airstrikes.

Share on Facebook Share on Twitter
Previous in War On Terror Speaking at the Bloomberg Business Forum in New York, President Erdoğan... Next in War On Terror Turkey's Maarif Foundation has continued to take over schools formerly...
DAILY SABAH RECOMMENDS