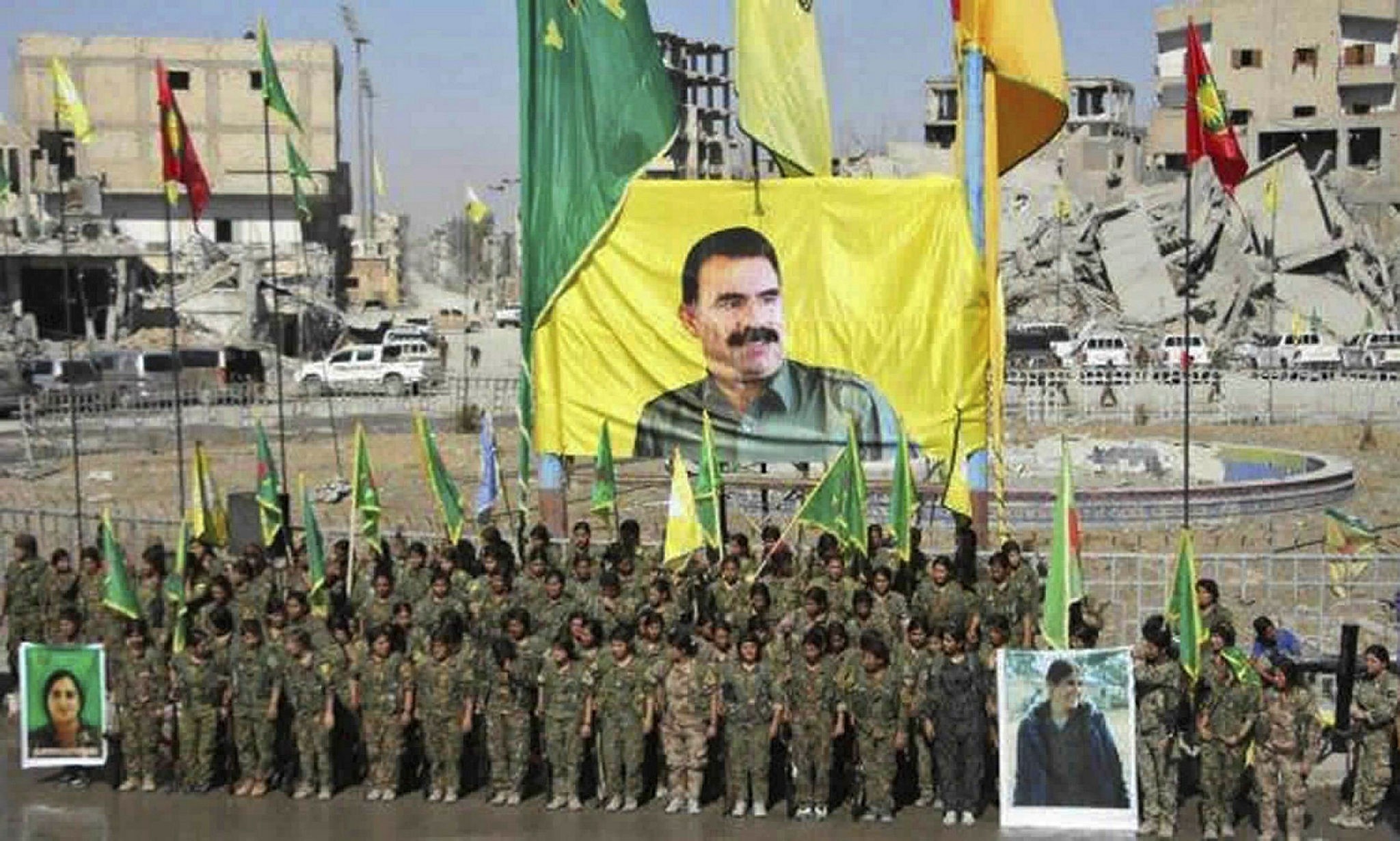 PKK female terrorists Thursday celebrated the victory against Daesh in Raqqa, Syria under the portrait of PKK leader Abdullah Öcalan, according to Ronahi TV, a Kurdish TV channel media outlet.

The PKK, listed as a terrorist organization by the U.S. and EU, resumed its nearly 40-year armed campaign against the Turkish state in July 2015.

PKK leader Öcalan said in an interview with the Iraqi television network Zelal in 2013 that "I founded the PYD [Democratic Union Party] as I did the PJAK [Party of Free Life of Kurdistan]." The PJAK, which is associated with the Kurdish Communities Union (KCK), the umbrella organization for the armed terrorist organization the PKK, is the Iranian branch of the terror group.

The U.S.-backed Syrian Democratic Forces (SDF), which is predominantly led by the PKK terror group's Syrian affiliate the PYD and its armed wing the People's Protection Units (YPG), has fought Daesh inside Raqqa since June. The fall of Raqqa marks a major defeat for Daesh, which has seen its self-styled Islamic caliphate steadily shrink since last year. Daesh took over Raqqa, located on the Euphrates River, in January 2014, and transformed it into the epicenter of its brutal rule.