Extradition of Gülenists: Germans have a suggestion 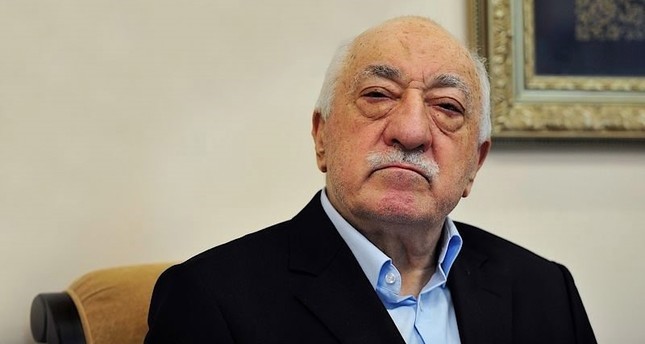 There might be a light at the end of the tunnel for Ankara and Berlin with regard to the extradition of FETÖ members in Germany should the former abolish aggravated life sentence, high level German officials have said, joint Turkish legal experts have doubts

Ankara has referred to Berlin as the "protectorof terrorists" for quite a while now. Over 10,000 sympathizers of the PKK terrorist organization have been calling Germany home for a long time. On top of that, Gülenist Terror Group (FETÖ) members have picked Germany as the center of revival after the crackdown on them deepened in Turkey in the wake of the July 15, 2016 coup attempt. Since then, hundreds of high-ranking military officers and civil servants have sought asylum in Germany, and Ankara is enraged.

The Turkish government rails at Berlin for "harboring Gülenists" who Ankara thinks were involved in the coup attempt either in its planning or execution.

Ankara may have some rightful reservations. Ercan Karakoyun, FETÖ's Germany imam and its representative in the country, said in an interview with the German newspaper Die Zeit in July that "the [FETÖ] movement cannot survive in Turkey. Germany is to become their new center."

That being said, the extradition of Gülenists has been the crux for the squabbles between the two countries. Diplomatic channels seem to be at a stalemate recently as Berlin demands further and more concrete proof in response to Ankara's unfaltering calls for extradition.

In spite of the gloomy state of the Turkish-German ties because of the strife over extradition, apart from other various vexing spats, Berlin may have a suggestion.

High-level German officials familiar with the issue told Daily Sabah that a special accord between Ankara and Berlin on the conditions of those Ankara wants extradited may pave the way for an easier process. They said aggravated life sentences in Turkey are "a no-go" for the German judiciary.

Explaining that if a person is to get a harsher sentence in the country they would be extradited to, the officials said the German judiciary tries that person in Germany instead.

"Lots of information is needed to determine whether this person has partaken in the coup attempt or killed someone. … However, being a member of the 'Gülen Movement' is not a crime in Germany. There is currently no legal procedure due to membership," the senior official said, speaking on the condition of anonymity.

More than 600 military officers and civil servants are believed to have applied for asylum in Germany since the coup attempt, according to figures released by the German Interior Ministry in mid-October.

German officials emphasized that it would help the cause to a great extent if Turkey's Justice Ministry gave the green light for a special accord. "We need to work together with our Turkish counterparts to create harmonization in this respect," one of the high-level German officials said.

Istanbul University academic and one of the masterminds of the Turkish penal code, criminal lawyer and professor Adem Sözüer acknowledged that aggravated life sentences may be a hindrance. Even though Sözüer stressed that "the aggravated life sentence should be altered," he said Turkey was compelled to do so when PKK leader Abdullah Öcalan's death penalty was converted to aggravated life imprisonment in 2002.

Nonetheless, Sözüer is of the opinion that it is not appropriate to make such a deal. "As a matter of fact, without legal amendments, the judiciary is not obliged to make a decision in line with the promise of the government," he explained.

The European Convention on Extradition (ECE), of which both Turkey and Germany are signatories, envisages that all parties "surrender to each other … all persons against whom the competent authorities of the requesting Party are proceeding for an offence or who are wanted by the said authorities for the carrying out of a sentence or detention order."

Cem Duran Uzun, a constitutional lawyer and an academic at Çankaya University in Ankara, ruled out that Ankara would shake on such a pact. "I do not think the Republic of Turkey will make such a special deal. This is against Turkey's sovereignty. It means making a change in the direction of Germany's demands," Uzun said.

Sözüer contended that such a special accord was only the case when there was the death penalty in Turkey. "It cannot be the subject of conversation for other crimes," he said. "Nobody can foreknow what the judiciary will decide. A constitutional change is needed in line with the Germans' suggestion," Sözüer said.

Arguing that such a deal could be reached for one person or a couple people, Uzun said there is a distinction to be made between life sentence and aggravated life sentence. "When a person is to serve a life sentence, he or she can benefit from conditional release in 15 or 20 years. However, people sentenced to aggravated life imprisonment cannot walk free on parole."

Despite the legal gridlock on extradition of Gülenists, the high-level officials underscored that some documents and data arrived from Turkey, which they said dominate nearly every meeting between Turkish and German sides.