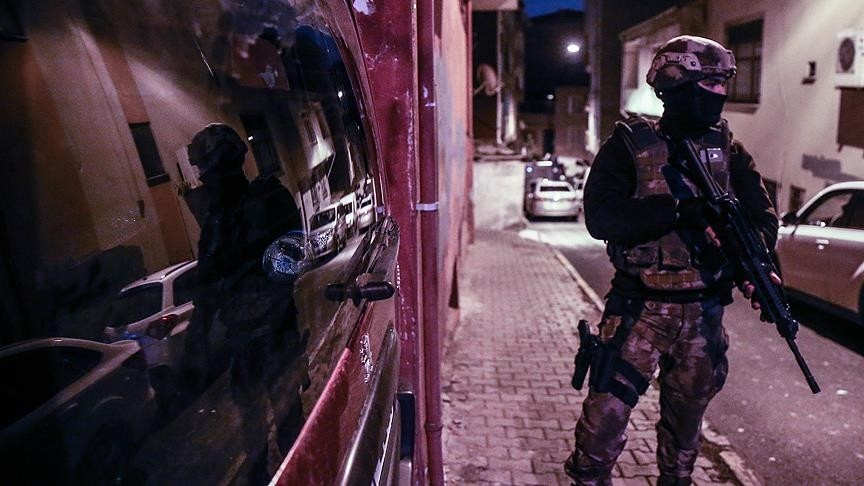 Turkish police detained 238 Daesh-linked suspects preparing to carry out attacks in nationwide anti-terror operations over the past 11 days, a statement released by the Security General Directorate said Thursday.

Between October 22 and November 1, police carried out counter-terror operations in 25 provinces and detained 187 foreign nationals and 96 Turkish citizens with links to the terrorist group.

The suspects were preparing to carry out terror attacks, the statement said.

The statement highlighted that Turkish police will continue to maintain its determined fight against terrorists and will bring them to justice.

Since Daesh's emergence as a terrorist group in war-torn Syria, Turkey has detained over 5,000 Daesh suspects and deported over 3,290 foreign terrorist fighters from 95 countries and refused more than 38,269 individuals' entry to Turkey.

Last weekend, police successfully foiled a plot by Daesh terrorists to carry out a deadly attack on a shopping mall in Istanbul and detained the perpetrators.