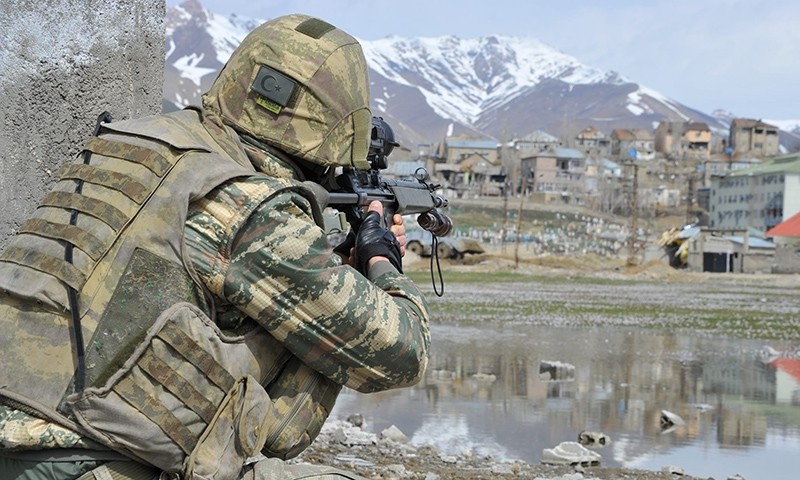 68 PKK terrorists have been killed and 12 others have been detained in nationwide counter-terror operations in the past week, Turkey's interior ministry said in a statement Monday.

According to the statement, six of the terrorists surrendered, while the other six were captured by security forces during anti-terror operations in five provinces.

Shelters and hideouts belonging to the terrorists were destroyed in southeastern Diyarbakır, Bitlis, Tunceli, Mardin provinces and eastern Erzincan.