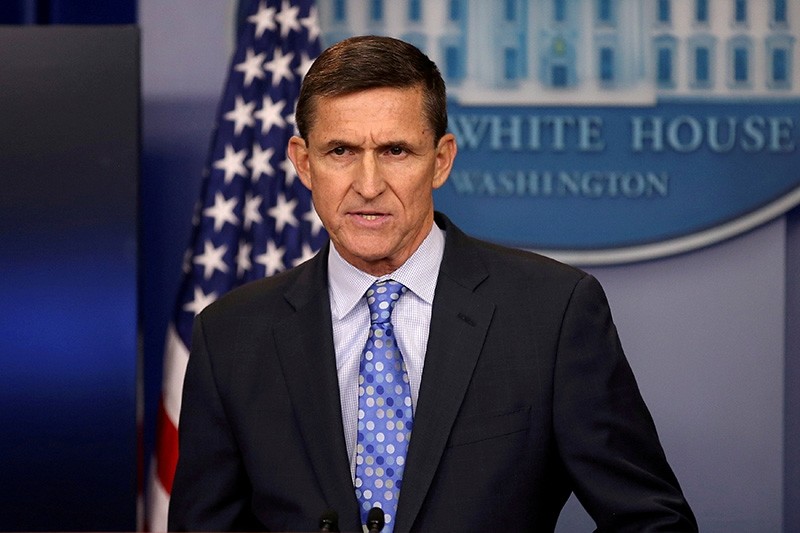 A lawyer for former White House National Security Adviser Michael Flynn has condemned the "outrageous" and "false" allegations that Flynn had discussed a bribe with Turkish representatives to kidnap Fetullah Gülen, the U.S based-leader of FETÖ terror group.

Robert Kelner, Flynn's top attorney, said in a statement on Friday that so far he had tried to avoid responding to every allegation and rumor taking place against his client, the retired three-star general Flynn, out of his respect to the ongoing investigation regarding Russia's meddling in the 2016 U.S. presidential election.

"But today's news cycle has brought allegations about General Flynn, ranging from kidnapping to bribery, that are so outrageous and prejudicial that we are making an exception to our usual rule. They are false," he said.

Kelner's statement came after a story on the Wall Street Journal claiming that investigators working for Special Counsel Robert Mueller on the Russia investigation had found out that Flynn had met with Turkish representatives twice last year.

Flynn has been a key figure in Mueller's Russia investigation.

According to the story, the latest meeting with Turkish officials took place last December, and Flynn and his son Michael Flynn Jr. were offered $15 million to kidnap Gülen from his multimillion-dollar complex in Pennsylvania.

The report said that in a previous meeting on Sept. 19, Flynn and two Turkish businessmen discussed ways to deliver Gülen to Turkey without going through U.S. legal procedures.

The Journal based its story regarding the December meeting on some sources familiar with the investigation, but it did not mention the person or persons reporting the plot of kidnapping Gülen as discussed by Turkish officials and Flynn.

In a previous story, the paper had claimed that former Central Intelligence Agency (CIA) Director James Woolsey, who was once a business partner of Flynn, also attended the meeting in September.

The paper quoted Woolsey saying that many issues including kidnapping of Gülen were discussed at the meeting.

Some news wires claimed that Woolsey met with the same two Turkish businessmen one day later -- on Sept 20 -- and asked for $10 million to discredit Gülen. But the businessmen allegedly turned down the proposal.

The veteran head of CIA declined to comment on the reports.

Woolsey had spoken to Wall Street Journal in March after Flynn was removed from his post on Feb. 14 and said he did not remember who initiated the offer regarding delivering Gulen to Turkey during the September meeting.

Later in an interview with CNN News, Woolsey contradicted himself and said it was Flynn who first offered to help Turks regarding Gülen.

FETÖ and Gülen orchestrated last year's defeated coup attempt in Turkey which killed 250 people and injured 2,200 others. Ankara also blames FETÖ for being behind a long-running campaign to overthrow the state through the infiltration of Turkish institutions, particularly the military, police, and judiciary.