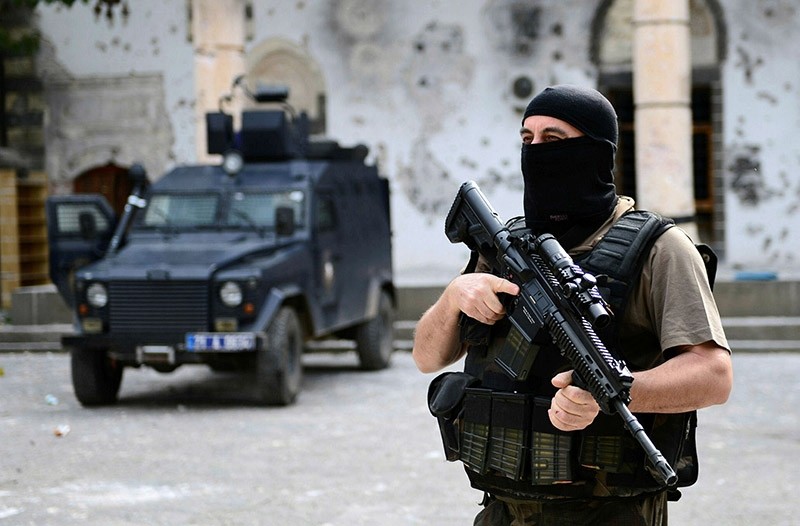 Sixteen PKK terrorists have been killed, 22 others, including a senior figure have been captured in counterterror operations throughout Turkey in the past week, the interior ministry said in a statement Monday.

According to the statement, senior PKK terrorist Musa Koçali Bala, who was on a terror wanted list, has been captured alive in operations carried out with special operations teams from the gendarmerie and police.

Security forces also confiscated weapons used by the terrorists, including two rocket launchers, 21 Kalashnikovs, a mortar, as well as 632 kilograms of explosives, 41 hand grenades and 14,031 pieces of ammunition.

Some 146 hideouts, 12 caves and three warehouses used by the PKK terrorists were destroyed in 12 provinces between Sept. 23 and Nov. 12, the interior ministry said.