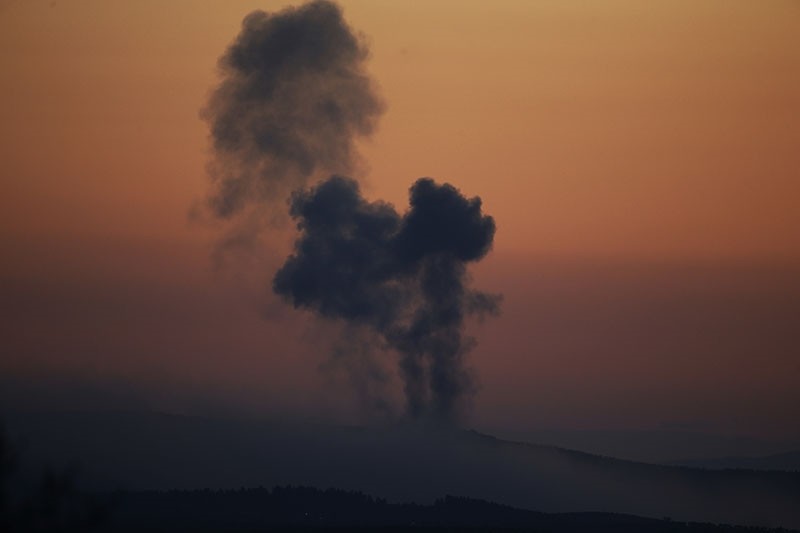 The heavy losses inflicted by the Turkish Armed Forces (TSK) and the Free Syrian Army (FSA) to the People's Protection Forces (YPG) terrorist group during Operation Olive Branch in Afrin have prompted them to spread lies about the losses of the TSK and FSA, which were covered by several regional media outlets.

According to latest statements published by the Turkish General Staff, at least 303 YPG terrorists in the region of Afrin were killed in airstrikes, shelling and ground operations, in addition to the control of 16 villages and several strategic hills in more than one axis advanced by the TSK and FSA. Turkish losses currently stand at five, the latest statement by the TSK said late Wednesday. Earlier in the day, President Recep Tayyip Erdoğan also confirmed in a speech that there are a total of seven to eight soldiers of the TSK and FSA killed in the operation, in return for heavy losses inflicted to the YPG.

Social media accounts and websites close to YPG terrorists have published dozens of statements claiming they have killed dozens of Turkish soldiers and members of the FSA, destroying tanks and shooting down Turkish military aircraft. None of these claims have been confirmed by Turkish or independent media outlets, which have a significant presence in the area.

The propagandists used dozens of counterfeit images belonging to old confrontations and other images of wars in Yemen, violations made by the Israeli soldiers during their occupation of Palestine, and from other parts of the bloody Syrian civil war.

The Turkish military and senior Turkish officials state that the operation is ongoing according to plans and extensive measures are being taken to avoid any civilian casualties in Afrin. They have also accused the terrorists in the city of taking civilians there as human shields.