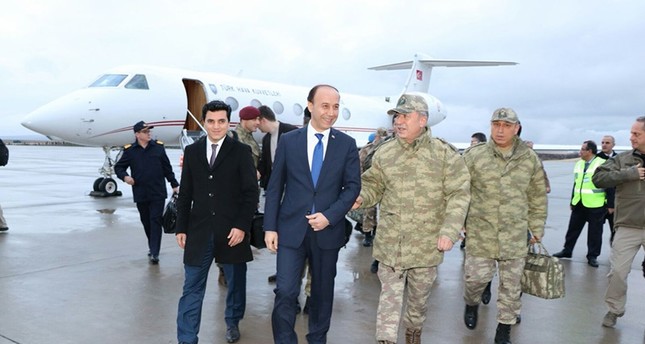 The chief of staff's visit was carried out closed to the press, and media sources said that further inspections would be made on the border line.

Akar also accompanied Thursday President Recep Tayyip Erdoğan during his surprise visit to the Hatay operation base of the ongoing Operation Olive Branch in northwestern Syria's Afrin region, which entered its seventh day.

Share on Facebook Share on Twitter
Previous in War On Terror PKK and Democratic Union Party (PYD) supporters have increase their... Next in War On Terror President Erdoğan has said Turkey is determined to continue Operation...
DAILY SABAH RECOMMENDS