Turkey wants to see concrete steps from US on ending support for YPG, FM Çavuşoğlu says 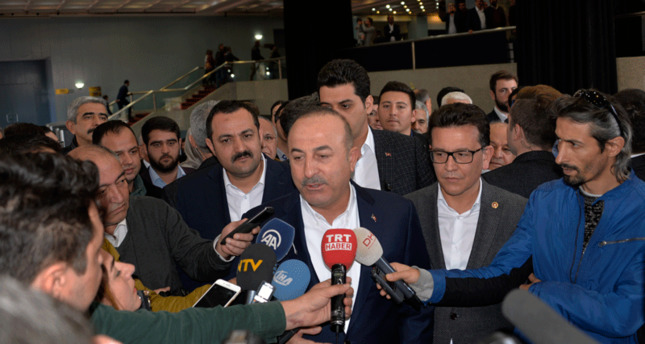 Turkey wants to see concrete steps from the United States to end its support for the People's Protection Units (YPG) terrorists in Syria, Foreign Minister Mevlüt Çavuşoğlu said on Saturday.

"The U.S. needs to stop providing weapons to terrorist groups in Syria as it has promised before," he added.

In addition, the U.S. has continued to arm the group, an initiative that also began during the Obama administration, during Trump's term. The U.S. has reportedly sent nearly 5,000 truckloads and 2,000 aircraft-loads of weaponry and military support to the U.S. so far.

As a result of broken promises by the U.S., Turkey shifted its position and vowed to clear all terrorists from northern Syria, including Manbij and the eastern parts of the Euphrates.

According to the Turkish General Staff, the operation aims to establish security and stability along the Turkish borders and the region as well as to protect the Syrian people from the oppression and cruelty of terrorists.

Share on Facebook Share on Twitter
Previous in War On Terror President Recep Tayyip Erdoğan said on Saturday that the Turkish Armed... Next in War On Terror Two civilians were injured when a rocket fired by PYD/PKK terrorists...
DAILY SABAH RECOMMENDS