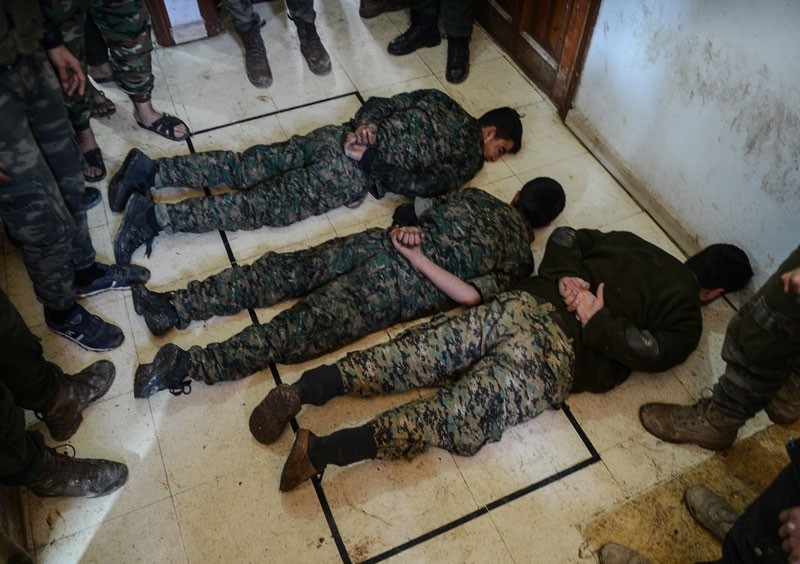 During the questioning carried out in the FSA headquarters, one of the detainees said that he was blackmailed by the Democratic Union Party (PYD) and that he did not want to become a member of the terrorist group.

"They told my father that if I do not join the YPG [PYD's militia] they will kill him," he said.

Another detainee said that he is not sure about the YPG's goals and that the organization portrayed Turks and Turkmens as radical terrorists.

The third detainee, who had lived in a nearby village before, said that YPG terrorists came to his house and said that one of their family members had to join the organization, and blackmailed his father and sister.

The detainees noted that there are also foreigners among YPG terrorists.

On Jan. 20, the Turkish military launched an operation on Afrin to clear its border of the PKK's Syrian affiliates, the PYD and YPG, to prevent them from establishing an autonomous region, which Turkish officials call a "terror corridor," by connecting the northwestern Afrin canton to the Kobani and Jazeera cantons to the east.