80-year-old woman wounded by YPG, carried 6 hours by her son to Turkish border 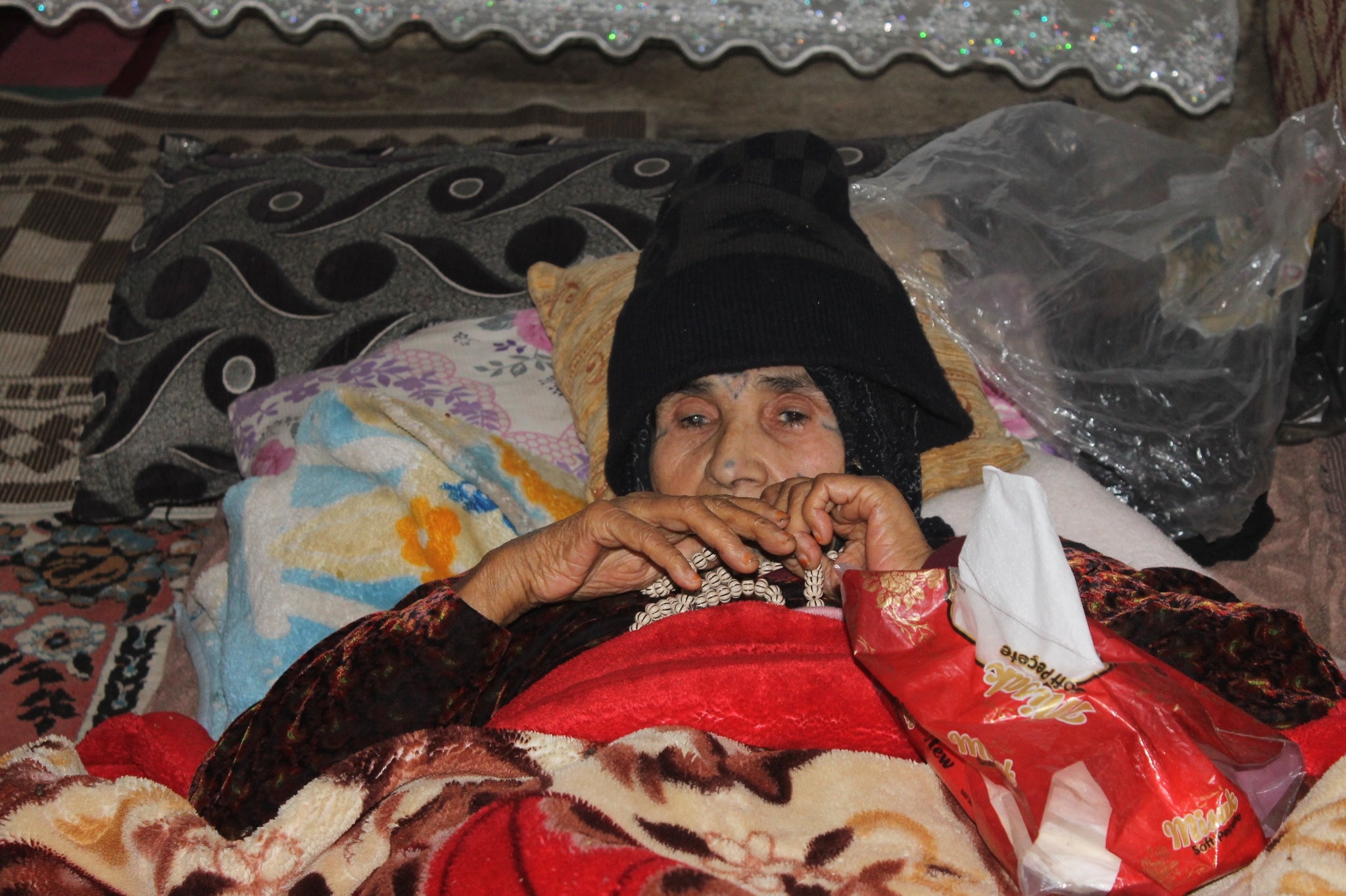 Hilal el-Ahmet was wounded by YPG fire and temporarily lost her ability to speak due to shock. (Photo by Yunus Emre Kavak)
by Anadolu Agency Feb 20, 2018 12:00 am

The PKK-linked People's Protection Units (YPG) continues to attack civilians, the latest of which occurred in Cinderes, western Afrin, when an 80-year-old woman trying to escape from the region was injured when terrorists opened fire. The wounded old woman was carried by her son for six hours to the Turkish border.

Hilal el-Ahmet was escaping with her family from the brutalities of the terrorist organization when the incident occurred with the aim to take refuge in Turkey for their security. However, before reaching half way, she was wounded by YPG fire, temporarily lost her ability to speak due to shock, and had to be carried by her son Dalal Kerduş for 12 kilometers to the Turkish southern town of Reyhanlı, where she was hospitalized immediately.

Speaking on the issue, Kerduş said they refused to fight against Turkey and thus suffered under the rule of the YPG, which eventually led them to make the decision to leave the region.

"I was providing for my family by farming in Afrin. They were always giving notices to us to make a call and get armed. However, since now there is Operation Olive Branch, everything has changed," Kerduş said. He further added that the YPG threaten those who attempt to get close to the Turkish border.

Emphasizing that they are quite content that they found refuge in Turkey, Kerduş said if they were not in able to, they do not know what would have happened to them. "Thank God, we are here. We are very thankful to the Turkish people. None of the Muslim states except Turkey looked after us," he expressed while indicating that they wish to go back to Afrin after Operation Olive Branch.

The YPG have been using civilians as human shields in Afrin since the beginning of Turkey's operation. The YPG also used a group of civilians, including children, as a decoy in the attack that killed nine Turkish soldiers last week, security sources said.