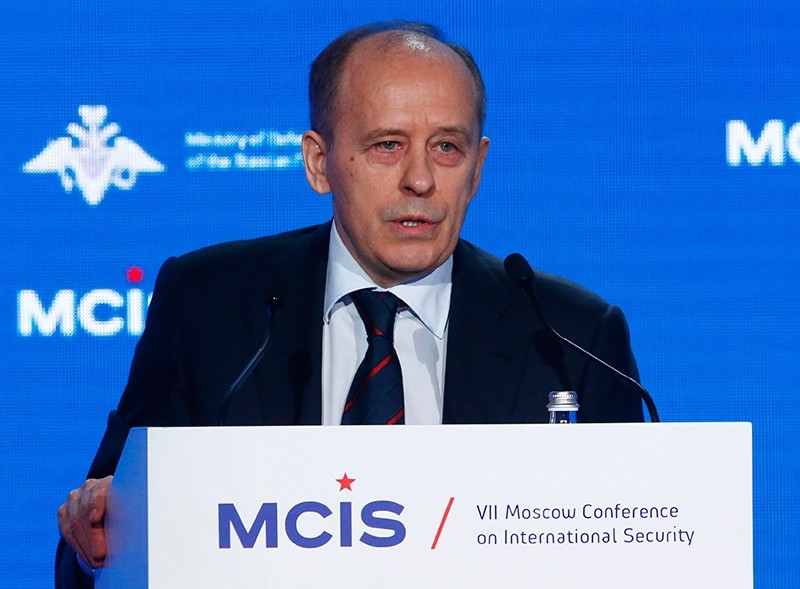 Alexander Bortnikov, the director of Russiau2019s Federal Security Service, or FSB, delivers a speech during the annual Moscow Conference on International Security (MCIS) in Moscow, Russia, April 4, 2018. (Reuters Photo)
by Daily Sabah with AA Apr 04, 2018 12:00 am

"At the same time one more terrorist attack was prevented thanks to information got from our Turkish partners. This helped to save hundreds of lives. This is an example of the responsible cooperation in anti-terrorism effort," he said.

He also expressed hope that Russia will continue effective cooperation with foreign intelligence services during the upcoming FIFA 2018 World Cup.

According to Bortnikov, last year the Russia prevented 25 terror attacks, while terrorists still managed to stage four. The FSB chief added that more than 1,600 terror attacks take place each year in the world and half of them are Deash group's work.

In April 2017, a suicide bomber killed 15 people in Saint Petersburg metro as Russian President Vladimir Putin was visiting the city.