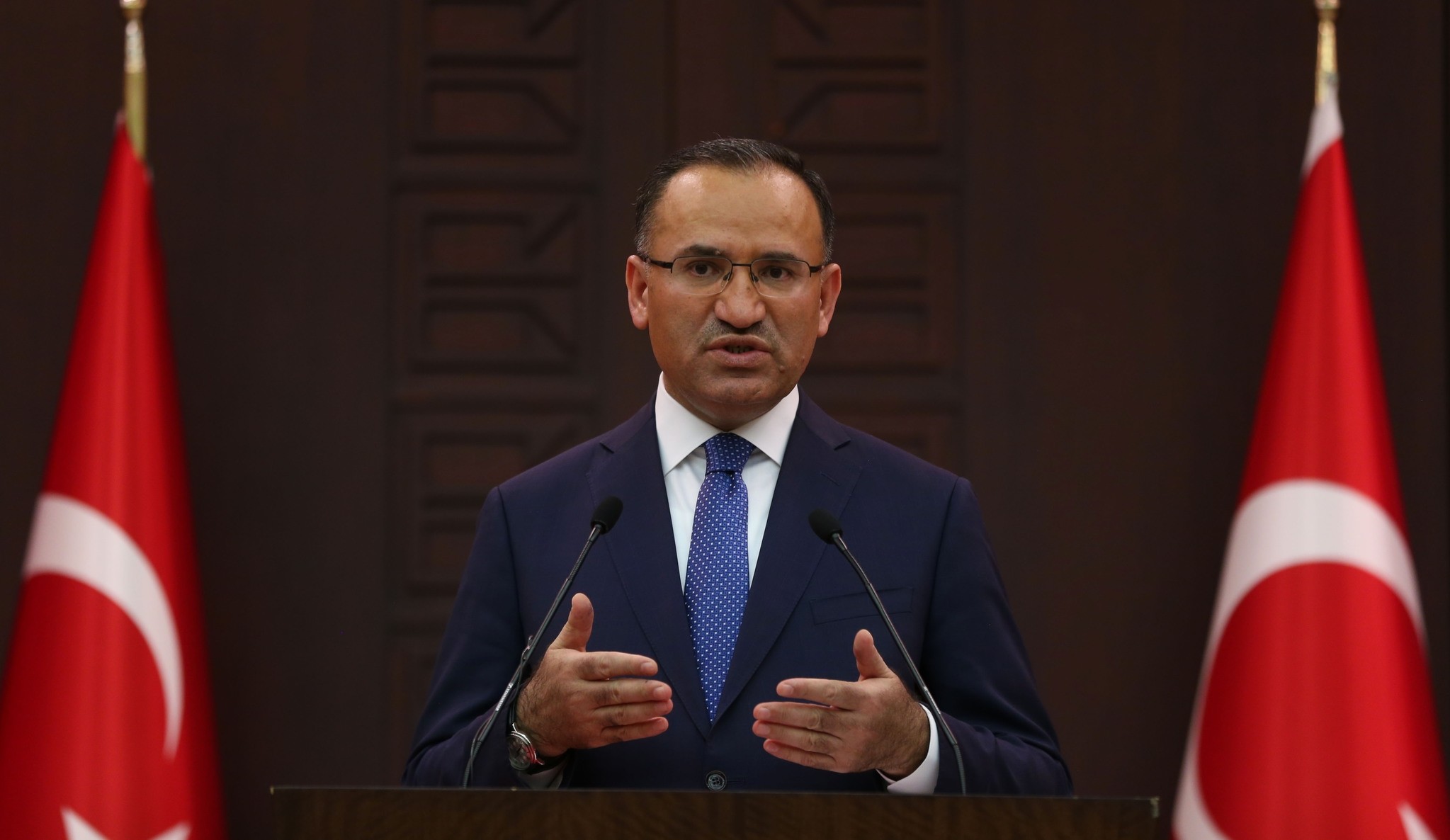 Speaking in a televised interview, Bozdağ clarified the situation in regard to another extension of the state of emergency, saying that the ongoing fight against FETÖ makes it necessary to extend it once more.

"FETÖ is not done. The fight against FETÖ is not done. FETÖ is a very complex terrorist group due to its structure [and] ways of working. Detecting its members is very hard," Bozdağ said, adding that FETÖ has a crypto-like secret structure.

"Turkey is conducting an effective counterterrorism fight. The offensives in Syria and the de-conflict zones in Idlib continue. On the other hand, the fight against FETÖ and the PKK continue at home. It needs to be further carried out effectively and determinedly. The need to extend the state of emergency is obvious," the deputy prime minister said.

However, the deputy prime minister said the Council of Ministers and Parliament need to approve the motion to extend it another time. According to the Constitution, a state of emergency can be declared for a maximum period of six months.

To enact the state of emergency, the government must see serious indications of widespread violence that could interfere with Turkey's democratic environment or its citizens' basic rights and freedoms as established by the Constitution.

The extension has to be approved by Parliament with a simple majority, where the ruling Justice and Development Party (AK Party) holds 316 of the 550 seats. Turkey declared a state of emergency for the first time on July 20, 2016 following a deadly coup attempt by FETÖ that killed 250 people and left 2,200 injured. FETÖ leader Fetullah Gülen, living in self-exile in the United States, has been striving to infiltrate into the state for decades with the aim to take control.

In a recent survey, around 64.2 percent of the Turkish public said they were not concerned about the state of emergency that was imposed in the wake of the July 15 coup attempt on July 21, 2016. In comparison, some 30.4 percent of participants voice their concerns over the state of emergency. The survey, conducted by the Objective Research Company (ORC), interviewed 2,680 people in 34 provinces between Jan. 12 and Jan. 14.