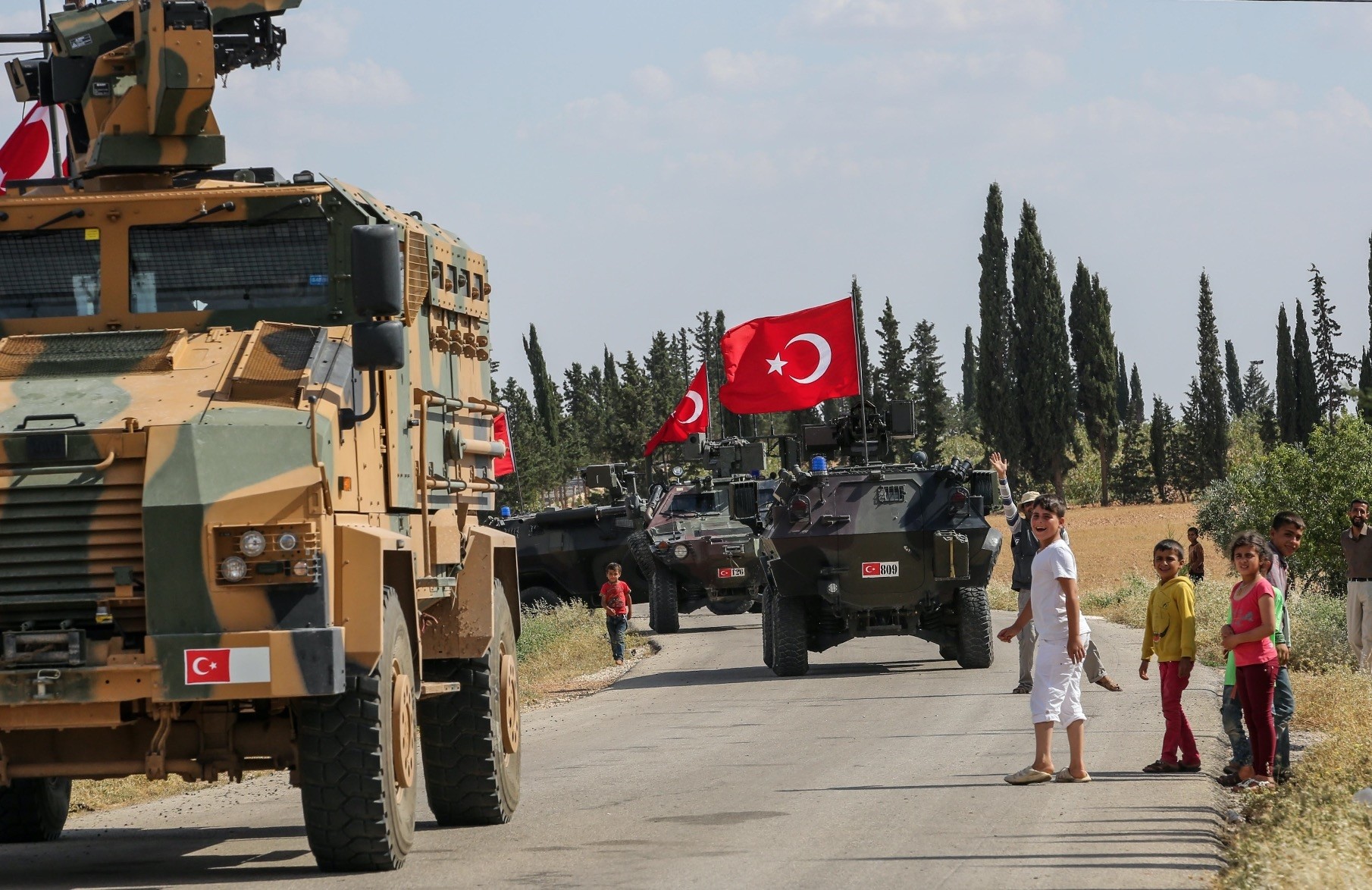 The PKK-affiliated YPG is retreating today to the eastern part of the Euphrates River as a result of the Manbij agreement between Turkey and the U.S. after long-running negotiations

Turkey's insistence on clearing its border from terrorist organizations has led to the Manbij agreement between Ankara and Washington, which foresees the withdrawal of PKK-affiliated groups from Manbij to the east of the Euphrates River. Commenting on the recent developments in Manbij, the U.S. Charge d'affaires in Turkey, Philip Kosnett, said that he believes the PKK's Syrian affiliate in Manbij would understand the current developments in the city.
​
Kosnett was referring to a recent agreement between Ankara and Washington that dictates the groups' exit from the city and handing over the administrative duties to a local forces.

Speaking to a group of journalists Monday, the U.S. diplomat stressed that both sides would have to wait and see.

Turkish and U.S. forces are expected to jointly take control of northern Syria's Manbij today, following the withdrawal of the PKK-affiliated People's Protection Units (YPG), as part of a mutual agreement.

The first Turkish and U.S. patrols in the region began on June 18, after a Manbij road map was announced after Foreign Minister Mevlüt Çavuşoğlu and U.S. Secretary of State Mike Pompeo met in Washington in June.

Speaking at the reception, Turkish Foreign Ministry Undersecretary Ümit Yalçın said the working group meetings between the U.S. and Turkey on Manbij, Syria will continue to be a path to a solution to some delicate issues.

Commemorating the U.S.'s 242nd Independence Day, Yalçın said ties between Turkey and the U.S., a NATO ally and strategic partner, are witnessing some busy times.

Earlier, ties between the two countries were strained when U.S. provided military support for the YPG in Manbij, leading to fears of a confrontation between the two NATO allies since there were roughly 2,000 U.S. troops stationed in the city.

Kosnett, meanwhile, added that U.S. President Donald Trump was considering the appointment of a highly qualified individual as the ambassador to Turkey.

"I believe that starting at the very top, from President [Donald] Trump and President [Recep Tayyip] Erdoğan, there are very strong signals that rebuilding the Turkish-American relationship is an important priority," Kosnett said.

The last U.S. ambassador to Ankara was John Bass, who was appointed to Afghanistan in 2017. During Bass's three-year term in Turkey, the two NATO allies experienced deteriorating ties over the U.S.'s stance in Turkey's fight against the PKK and the YPG, as well as the Gülenist Terror Group (FETÖ).

The YPG has started talks with the Assad regime to prevent the implementation of the Manbij model east of the Euphrates River, an area predominantly controlled by the PKK-affiliated group.

According to information obtained from local sources by Anadolu Agency (AA), the YPG are reportedly considering handing over control of the border gates and oil fields to the Assad regime in exchange for continued control of major cities in eastern Syria, including Raqqa and al-Hasakah.

The YPG militants will join the regime's army, if they reach an agreement. The sources indicated that the PKK and regime initially agreed on removing banners and poster of the PKK's imprisoned leader Abdullah Öcalan from Hasakah.

With such an agreement, the YPG aims to prevent Turkey from crossing into the eastern part of the Euphrates River.

The YPG's ultimate aim is to establish an autonomous region in northern Syria by connecting the northwestern Afrin canton to the Kobani and Jazeera regions in the northeast. Turkey has indicated that the presence of terror forces near its border constitutes a threat and has launched military operations and other efforts to rid the region of terrorists. As part of this determined stance against terrorists along its border with Syria, Turkey launched Operation Olive Branch on Jan. 20 and cleared Afrin of the YPG.

Ankara has repeatedly emphasized that it will clear the YPG and the PKK from all areas bordering Syria and northern Iraq.