'Clear consensus' between US, Turkey on clearing Syrian regions of YPG after Manbij: FM Çavuşoğlu 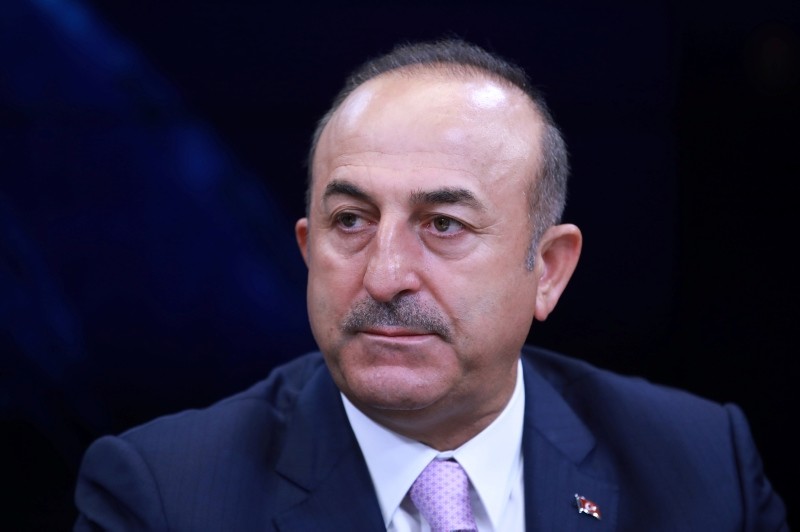 Foreign Minister Mevlüt Çavuşoğlu warned Friday that the PKK terrorist group's Syrian offshoot People's Protection Units' (YPG) withdrawal from patrolled areas in northern Syrian town of Manbij does not necessarily mean that they have completely withdrawn but said that the U.S. and Turkey had reached a "clear consensus" on ridding other regions in Syria of the terrorists after Manbij.

Speaking as the special guest of Anadolu Agency's Editors' Desk, Çavuşoğlu said "There is a clear consensus [with the U.S.] on our roadmap that we will move on to other areas after Manbij [has been cleared of PKK/YPG terrorists].

The roadmap was announced last month after a meeting in Washington between Çavuşoğlu and U.S. Secretary of State Mike Pompeo.

The deal focuses on the withdrawal of the PKK-affiliated YPG terror group from Manbij and stability in the region.

Speaking on the Turkish army patrols in the northern Syrian city of Manbij, the minister said the YPG's withdrawal from patrol areas in Manbij does not mean a complete withdrawal.

On Wednesday, the Turkish military completed its ninth round of patrols in Manbij as part of a deal with the U.S. to rid the area of the PKK-linked YPG terror group.

The first patrols by Turkish and U.S. troops in the region began on June 18.

Çavuşoğlu also said that Turkey would do whatever necessary to eradicate PKK terrorists from Iraqi territories.

Turkey has repeatedly said that the YPG was no different than the PKK and the two terrorist organizations work together in Syria, Iraq, and Turkey. The Turkish government has previously contended that weapons used by the YPG end up in the hands of PKK terrorists.

The YPG took over Manbij in 2016, after Daesh terrorists were defeated in the province. The group's ultimate aim is to establish an autonomous region in northern Syria by connecting the northwestern Afrin canton to the Kobani and Jazeera regions in the northeast. Thus, Turkey expressed that the presence of terror forces near its border constitutes a threat and has launched military operations and other efforts to rid the region of terrorists. Earlier, Operation Olive Branch was launched on Jan. 20 to eliminate the YPG from Afrin province in northwestern Syria.