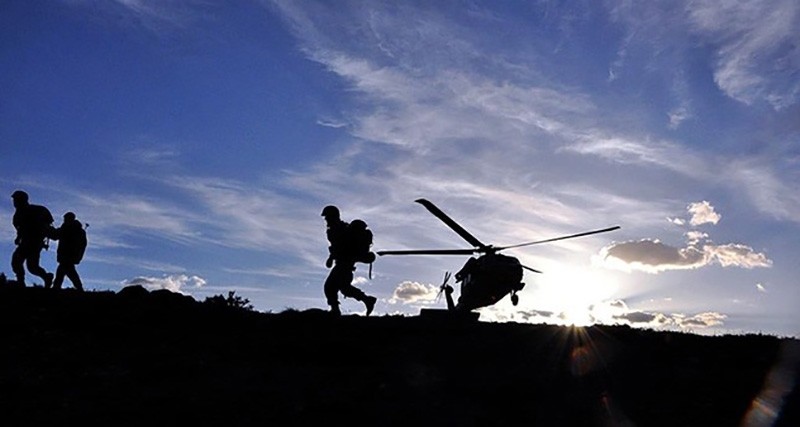 Joint operations carried out by Turkish police and gendarmerie "neutralized" 18 terrorists in southern Turkey – 11 in Osmaniye province, three in Diyarbakır and four in Şırnak – the Ministry of Interior announced Wednesday.

A statement by the ministry said counterterror operations in the region are ongoing.

Turkish officials have recently suggested that the Mount Qandil region -- where the terrorist group has its headquarters -- may be the target of a future operation.