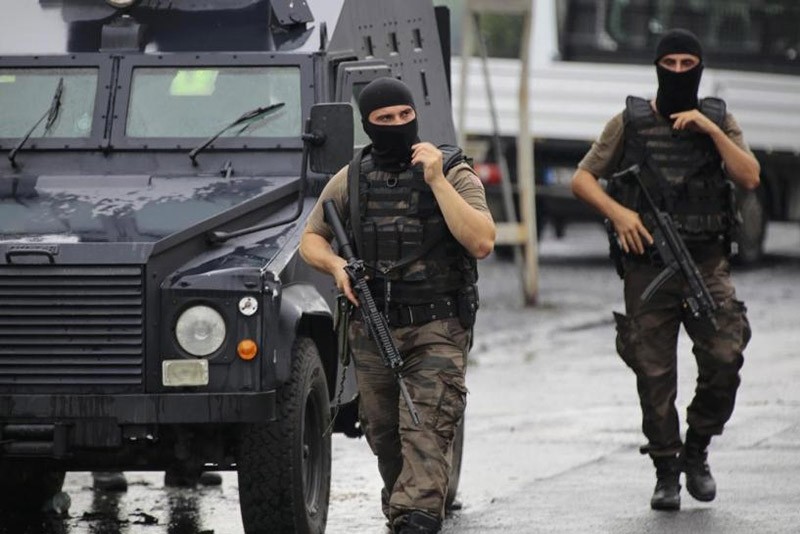 A total of 37 PKK terrorists, including two high-ranking members, were killed in nationwide counterterror operations from July 9-16, according to a written statement released Monday by the Turkish Interior Ministry.

Turkish air and ground forces conducted some 1,950 operations in the past week, during which eight PKK terrorists were captured alive, while eight others surrendered, the statement said.

The statement also elaborated that three shelters and caves used by the terrorist group were destroyed in Diyarbakır, Tokat and Hakkari provinces, while 46 heavy- and long-barrel weapons, numerous explosives, thousands of pieces of ammunition and 26 Improvised Explosive Devices (IEDs) were seized.

As part of the fight against irregular migration, 4,036 illegal immigrants, including 249 at sea, and 105 organizers were captured, the statement added.