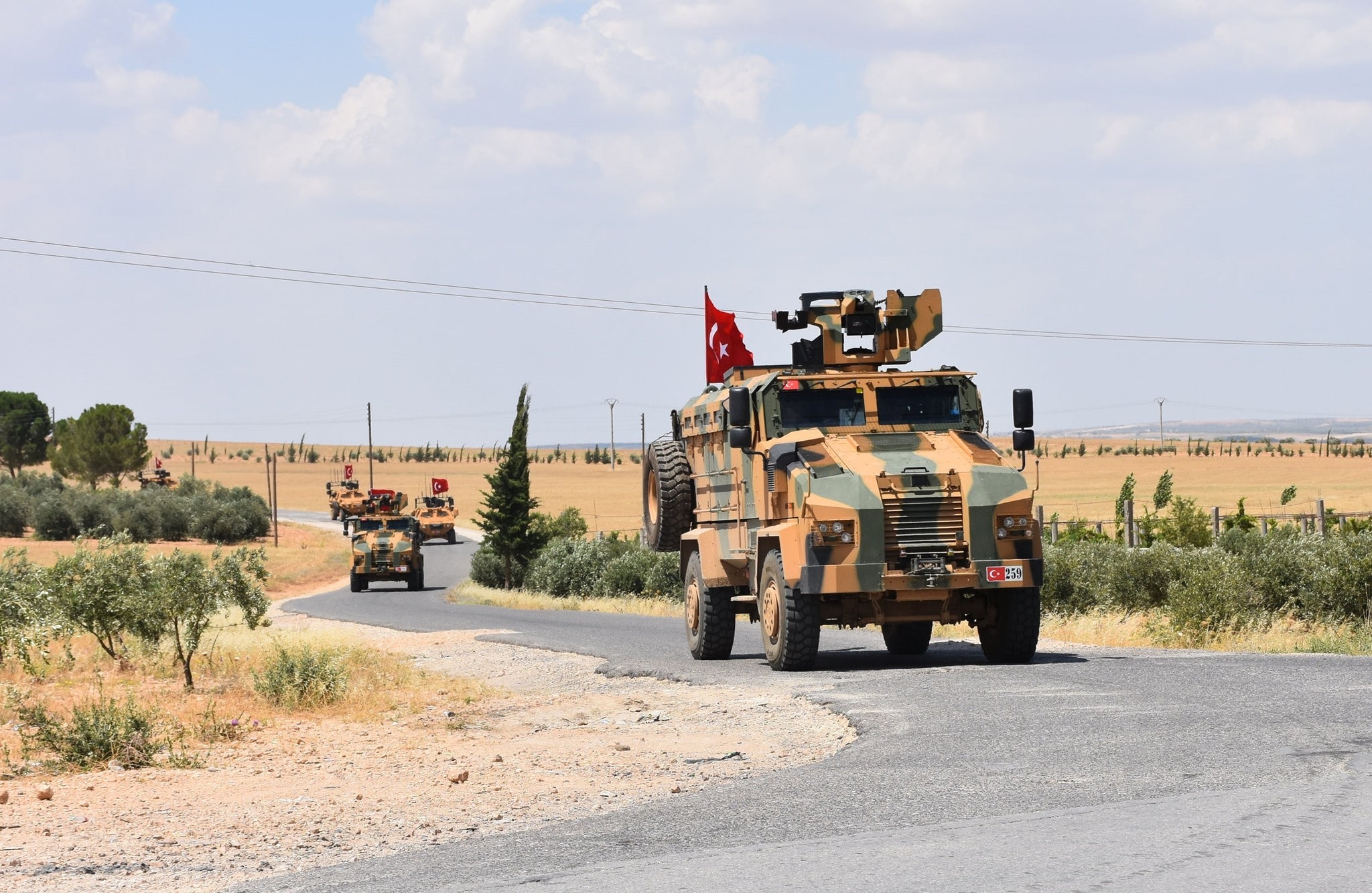 Withdrawal of YPG militants from certain areas of Manbij as part of the road map determined by Turkey and the U.S. continues. However, Ankara demands complete eviction of the terrorist group from the town

Militants of the PKK's Syrian affiliate continue to withdraw from the outskirts of northern Syria's Manbij, while Ankara is determined not to make concessions on the complete withdrawal of the terrorist organization from the city.

The withdrawal process has been carried out accordingly to the three-tier technical plan reached between Turkey and the U.S. In line with the road map, the People's Protection Units (YPG) started to leave Manbij on July 4. In the second part of the plan, Turkey and the U.S. are expected to start jointly monitoring the city after 45 days. In the third part of the plan, the local government will be established in 60 days.

Retired military officer and security specialist Abdullah Ağar told Daily Sabah that the withdrawal process is moving quite slowly right now and there are no indications on the YPG militants' withdrawal from the city center of Manbij or the Turkish army's advance to the area.

"What Turkey eventually wants in the region is to have a Manbij that is completely cleared from the YPG and other terrorist elements, therefore establishing an administration together with the U.S. Yet, although Turkey cooperates with the U.S. in Manbij in terms of action, there is still no conceptual cooperation between the two countries and Washington insists on not recognizing the YPG as a part of the PKK, which might create a problem in the future and cause a loss of trust between the two allies," Ağar said.

While the PKK is recognized as a terrorist group by Turkey, U.S. and the EU, Washington has treated its Syrian affiliate YPG as an ally in its anti-Daesh efforts. The situation often draws reactions from Turkey against its NATO ally.

"It is not quite possible to say what is happening in Manbij since it is a big area and the operation is ongoing," said professor Cengiz Tomar, an academic from Marmara University who specializes in Middle East relations.

"However, when the operation is completed, the picture will be somewhat like this: The YPG will be gone from the region before the Turkish military reaches it, and afterward, Turkey and the U.S. will establish security and order together in the town," he added.

Tomar emphasized that Manbij is a matter of bargaining for the U.S. from the very beginning, therefore it is easy for Washington to discard the region.

Foreign Ministry spokesman Hami Aksoy said yesterday that the process of planning and implementation of the Manbij road map is ongoing, adding that the joint and independent patrols by Turkish and U.S. soldiers, which began on June 24, have been carried out. The 16th patrol was completed on Wednesday.

"It was confirmed that the YPG has withdrawn from check points located on the patrol route," he said.

Ağar said that the statement of the foreign ministry is the declaration of the evident situation as the Turkish military uses the words "coordinated and independent" in patrol statements, which actually suggests that the YPG is leaving the area without any conflict.

"The process continues as follows: The U.S. orders the YPG to leave a certain area before Turkish forces come to the area and after the Turkish military starts its patrols," he said.

What' next for Manbij after the YPG's withdrawal?

Turkey supports a plan to establish an administration in Manbij consisting of local elements just like it did before in the areas cleared from Daesh and YPG terrorists with Operation Euphrates Shield and Operation Olive Branch. According to the third part of Manbij road map, the military council will establish security for the city and the city council, which will provide services, will be established according to the population's ethnicity, which is 90 percent Arab. Aksoy said at yesterday's press meeting that the main objective of the road map is completely eliminating the existence of PKK-affiliated groups in Manbij and the success of the road map would be a model for other regions taken back from Daesh as well. He added the plans for forming local authorities and security structures are continuing.

As an example for this model, a local council of 30 members was established in Afrin. The congress decided to meet regularly and will be monitored by nongovernmental organizations. It also decided to request the disarmament of the public and to form a security force that is not aligned with any party. Professor Tomar pointed to the demographic situation in the area, saying that there are Arabs as much as Kurds in Manbij.

"Thus, this time, unlike Afrin, the administrative structure of the region is expected to be heavily based on Arabs," he said.