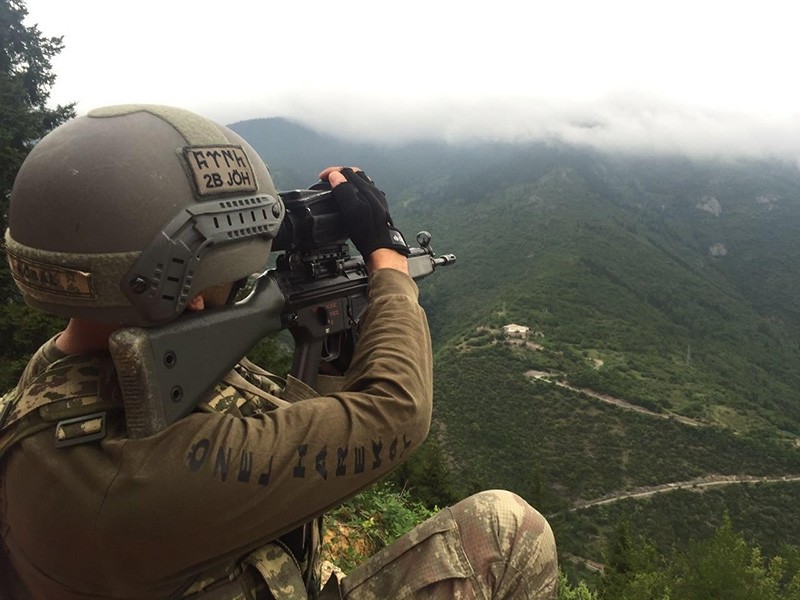 Of those, 26 were killed, six were captured and eight surrendered, the ministry said.

Özsöğüt's capture was announced last week by the Istanbul Security Directorate Anti-Terrorism Branch Office, whose intelligence led to her capture in the Fatih Sultan Mehmet neighborhood of Istanbul's Sarıyer district.

She and two other PKK members were arrested with her, and authorities seized a gun, digital materials and organizational documents.

Wanted terrorists are categorized by different color groups in Turkey – including red, blue, green, orange and gray – depending on the level of threat they pose for the country's national security. Red is considered the highest threat level.

The Turkish Armed Forces (TSK) also announced Monday that 11 terrorists had been neutralized during anti-terror operations in eastern Turkey and northern Iraq.

In a post on its official Twitter account, Turkish General Staff said airstrikes were conducted between Saturday and Sunday in eastern Hakkari and Erzincan provinces and Avasin-Basyan regions in northern Iraq.

The PKK is listed as a terrorist organization by Turkey as well as the U.S. and the EU. In its terror campaign against Turkey, which has lasted for more than three decades, over 40,000 people including women and children have been killed.