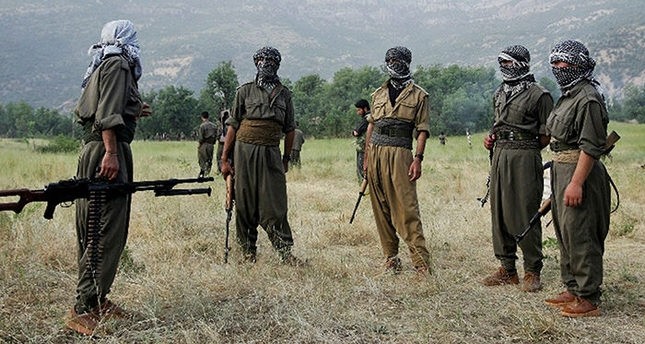 The PKK terrorist group has carried out yet another atrocity against civilians as a mother and her 11-months-old baby were killed late Tuesday in a terror attack in southeastern Hakkari province's Yüksekova district.

The victim, who was driving her car when a remote controlled bomb was detonated by the terrorists, was the spouse of a Turkish soldier, sources said.

The baby was taken into intensive care at Yüksekova State Hospital. The toddler then succumbed to his wounds.

The terror group has waged a bloody terror campaign against Turkey for over 40 years. Having the support of the United States and some other Western countries under the pretext of fighting Daesh terrorists, the members of the group have found themselves a lifeline in the northern part of Syria, where it operates under the Democratic Union Party (PYD) and its armed wing the People's Protection Units (YPG).

While the PKK is recognized as a terrorist group by Turkey, U.S. and the EU, Washington has treated its Syrian affiliate YPG as an ally in its anti-Daesh efforts. The situation often draws reactions from Turkey against its NATO ally.

Due to heavy U.S. military support, the terrorist group continues to kill innocent civilians in Turkey, Syria and Iraq.

Since the PKK resumed its armed campaign against Turkey in July 2015, it has been responsible for the deaths of more than 1,200 Turkish security personnel and civilians, including a number of women and children.

Share on Facebook Share on Twitter
Previous in War On Terror A Turkish court on Tuesday rejected an appeal for terror-linked U.S.... Next in War On Terror As the state of emergency comes to an end, Turkey is determined to...
DAILY SABAH RECOMMENDS