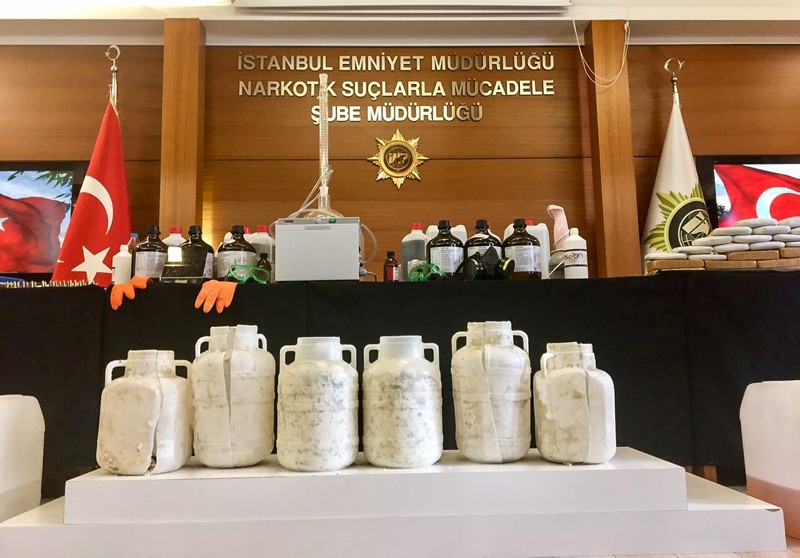 Turkey's rigorous fight against drug trafficking in the first nine months of 2018 struck a major blow to the PKK terrorist organization's access to funds, the Interior Ministry said Wednesday.

Turkey's campaign against drug trafficking in the first nine months of the year has struck a major blow to the PKK terrorist organization's access to financial resources, said the Interior Ministry on Wednesday.

According to the ministry's statement, Turkish security forces conducted over 108,105 anti-drug trafficking operations and seized drugs worth 2.83 billion Turkish liras (around $467 million).

In the operations, 149,836 suspects were arrested, while 59.3 tons of cannabis, 13 tons of heroin and a ton of cocaine were seized by security forces.

Drug trafficking is one of the main sources of funds for the terrorist organizations.

A Turkish police report released on Sept. 26 revealed the PKK terrorist organization is active in all the phases of drug-trafficking including the production, delivery, distribution, and sales.

The terror group reportedly produces heroin in laboratories established in its camps in northern Iraq and sells it to Europe.

In its production process, the PKK terrorist organization forces civilians to produce cannabis roots in eastern and southeastern provinces of Turkey and uses that money to fund terror activities.

In its more than 30-year terror campaign against Turkey, the PKK has been responsible for the death of some 40,000 people, including women and children.