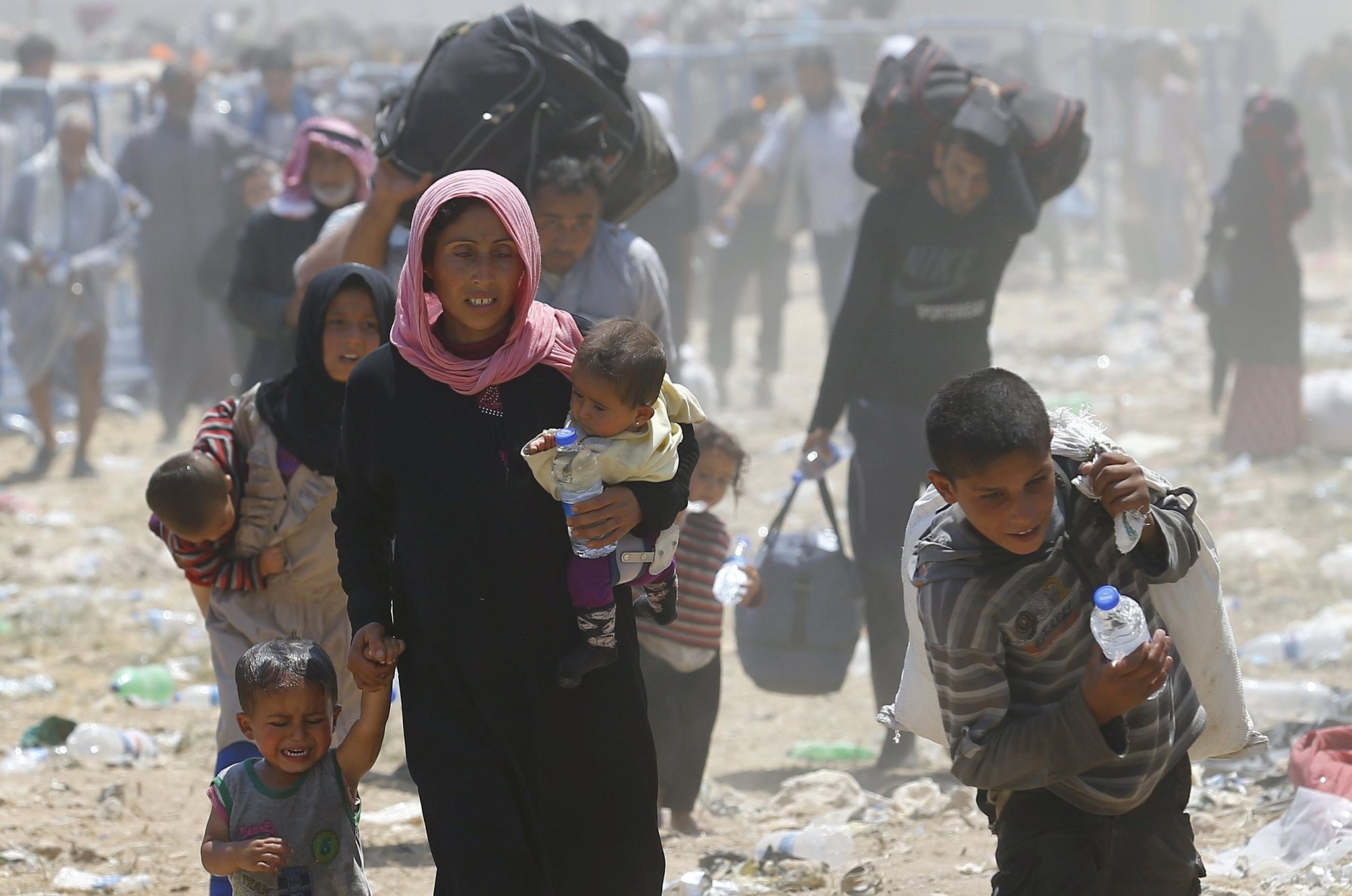 Fearful of the YPG is presence in Tal Abyad, Syrian refugees in Turkey are refusing to return to their hometown before the terrorists are driven out

Syrian refugees in Turkey who escaped oppression under the PKK's Syrian affiliate, the People's Protection Units (YPG), hope that the terrorist group will be driven out of the region as they wait to return home. Locals from northern Syria's Tal Abyad province, the majority of whom took shelter in southeastern Turkey's Şanlıurfa, say they can only return home if the YPG leaves the area. Assad Ibrahim, one of the locals, told Anadolu Agency (AA) that Tal Abyad had a majority Arab population but has now turned into a terrorist haven.

He said that the YPG is very oppressive, even against women and children. "We fled to Şanlıurfa's Akçakale after the [terrorists] arrived [in Tal Abyad] three years ago. Around 75 percent of the locals have all but left."

Ibrahim added that the terrorists have turned their homes into ammunition depots. "The presence of the YPG scares us and we cannot go back. If Turkey entered Tal Abyad and cleared out the terrorists, I would not waste a second and return home," he said.

Another local, Ibrahim Battah said: "One terrorist group leaves, another comes. First, we suffered in the hands of Daesh and now we are suffering from YPG. They are cooperating with the Bashar Assad regime."

Battah praised Turkey's support and said, "We trust Turkey and wait for them to clear the terrorists from Tal Abyad and other regions."

Turkey has long signaled that it may carry out an operation on the YPG-held areas east of the Euphrates. Ankara sees the presence of the U.S.-backed group as a threat to its national security.

Preparations and planning for an offensive against the YPG east of the Euphrates are complete, President Recep Tayyip Erdoğan said Tuesday, warning that a military operation against the terrorist group was imminent.

"We will destroy the terrorist establishment east of the Euphrates. We have already completed our preparations, planning and program for it," Erdoğan said.

The YPG is organically linked to the PKK, which is listed as a terrorist group by the U.S., European Union and Turkey. Yet, under the pretext of fighting against Daesh, the group has received huge military support from Washington and has acted as a U.S. proxy in the region.

Meanwhile, Turkey has taken significant steps along its borders to prevent terrorist infiltrations and cross-border attacks from Syria's Ayn al Arab, Tal Abyad, and Ras al-Ayn, which are currently under control of the YPG.

The terrorist group is in a region that is known as east of the the Euphrates and borders Turkey's Şanlıurfa. The group's presence poses a serious threat to Turkey's national security.

Turkey has long said that it will not allow a terrorist corridor along its borders. With the recent developments, Ankara indicated that it is resolute to target any terrorist threats from within neighboring Syria.

In response to the YPG and Daesh threats

near its border, Turkey has carried out two cross-border military campaigns in the past two years.

On Jan. 20, 2018, Turkey launched Operation Olive Branch to push the YPG and Daesh terrorists away from northwestern Syria's Afrin, liberating the region on March 18.