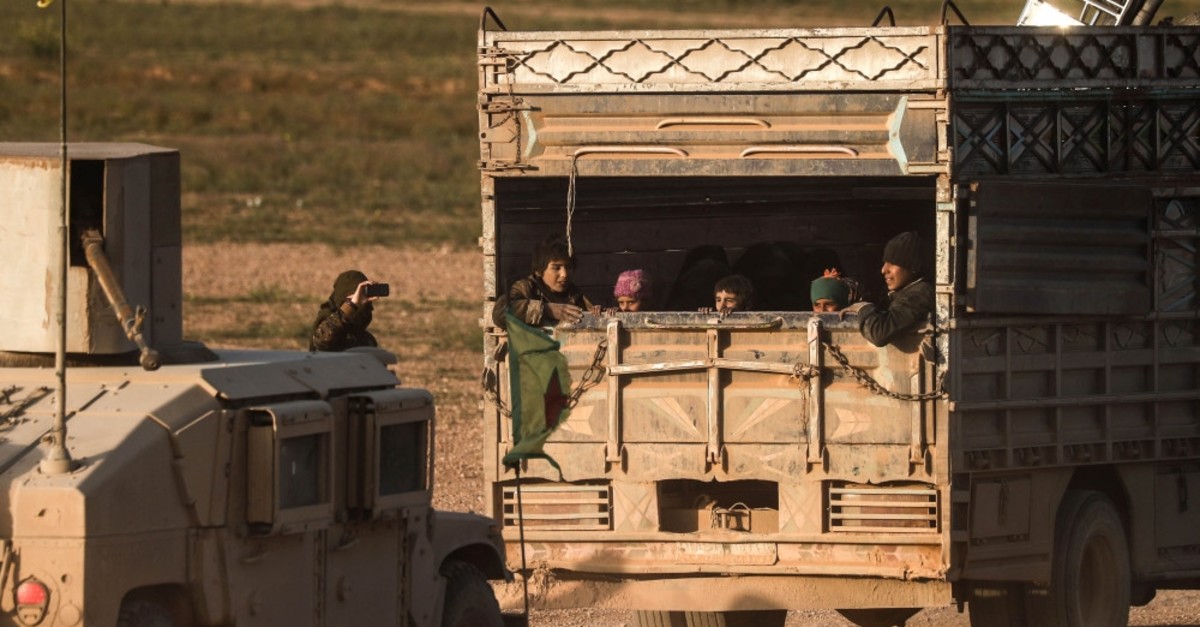 Despite urging European countries to take back their citizens who fought for Daesh, media reports suggest that the U.S. is actually in talks with the terrorist organization and is even protecting some of its members

Washington continues its two-faced approach on Daesh by providing protection to its militants and brokering deals with them while, at the same time, U.S. President Donald Trump intensifies pressure on European countries to take back foreign fighters who joined the terrorist group. An Iraqi lawmaker, Hassan Salem said Thursday that Abu Bakr al-Baghdadi, a leader of the Daesh terrorist organization, was allegedly "traveling freely through the region under U.S. protection" to undermine the expected resolution in March calling for the departure of all U.S. troops from Iraq. "Al-Baghdadi is in the Anbar desert, which he is using as a safe haven. He is being provided with U.S. support at Anbar's Ayn al-Assad military base and is traveling freely between Iraq and Syria," he said.

Washington's pressure on European countries are in line with U.S. foreign policy under Trump as he prioritizes U.S. interests only and feels no responsibility toward the international community, said Bilgehan Öztürk, a security expert.

He stressed that Trump wants to portray Washington's fight in Syria as a success story and returning foreign Daesh militants to their country of origin is part of these efforts.

As the fight against Daesh reaches its end, countries in the region and beyond are faced with the issue of how to deal with post-Daesh members. Once the U.S.-led coalition declares it has taken all Daesh territories, the White House is expected to withdraw American troops. When that happens, the risk is high that "foreign terrorist fighters" will escape from its ally, the PKK-affiliated People's Protection Units (YPG) control, posing a new threat.

Although the White House has been lecturing Europe, it is clear that Washington changes its tune when it comes to its own interests. Numerous media reports claimed yesterday that the U.S. military has made a deal with Daesh involving tons of gold in exchange for the safe passage for militants and commanders in Deir el-Zour province, citing local sources.

Sources indicated that they have witnessed U.S. helicopters transporting a cache of gold bullion under the cover of

night on Sunday, with the gold was earlier stored in the al-Baghouz area of the Deir el-Zour countryside where Daesh militants were holed up. Local residents also told Syrian media that some of the Daesh militants received medical and other assistance from the U.S.

Additionally, the U.S. rejected last week the return of Hoda Muthana, a woman who previously joined the group on the grounds that "she was not an American citizen," revealing its unwillingness to assume equal responsibility on the matter.

Commenting on the other reasons of Washington's pressure on European states, Öztürk pointed at thorns in U.S.-EU relations, saying, "This call can be evaluated as an attempt to push European countries to make concessions on other issues."

Meanwhile, Foreign Minister Mevlüt Çavuşoğlu had a phone conversation with his Russian counterpart Sergei Lavrov over Syria yesterday. The details of this discussion, however, were not reported.

Defense Minister Hulusi Akar, on the other hand, held talks with the U.S. Acting Secretary of Defense Patrick M. Shanahan over the U.S. process of withdrawal from the country and the establishment of a safe zone.

Yet, some countries including Canada and Iraq have come to grips with the seriousness of the matter, stepping up their preparation to punish Daesh militants on their own soil.

Canadian authorities said on Wednesday that the country must prepare for the return of a dozen or more of its citizens who fought for Daesh, now that the terror organization is near collapse. Stressing that the fighters captured in Syria would probably be released and cross into Turkey, Canada said that officials are working with authorities there to send them back to Canada to be dealt with on home soil. "We need to get ready in case they come back sooner than we had expected," an official from the Royal Canadian Mounted Police (RCMP) told the media.

While, Turkey's reaction to this request arouses curiosity, previously, Canadian authorities canceled the passports of known Daesh foreign militants to force them to re-apply for new ones when traveling. According to Anadolu Agency (AA), Canadian officials plan to assess each fighter upon their return home and then take one of three actions: criminal charges, terrorist peace bonds or de-radicalization interventions, which aim to get those with extreme and violent religious or political ideologies to adopt more moderate and nonviolent views.

In relation to the YPG's plan to release Daesh militants to infiltrate the borders of Turkey, Öztürk indicated that the YPG uses these militants as a trump card against the likely Turkish operation east of the Euphrates and the "safe zone" to be established along Turkey's border and expected to be under the charge of Ankara. Not only Canada but also Iraq has voiced its resoluteness to lend help for the countries that seek to take back foreign Daesh militants and punish them. Iraqi Prime Minister Adel Abdul-Mahdi said on Tuesday that his country could help repatriate captured Daesh fighters to their countries if asked.

He underscored that Iraq will also put foreign fighters who participated in terror attacks in Iraq on trial, adding that it is Iraq's duty and obligation to do so.

Meanwhile, Israeli Prime Minister Benjamin Netanyahu announced on Wednesday that one of Russia's stated goals is to expel foreign fighters out of Syria following his meeting with Russian President Vladimir Putin.