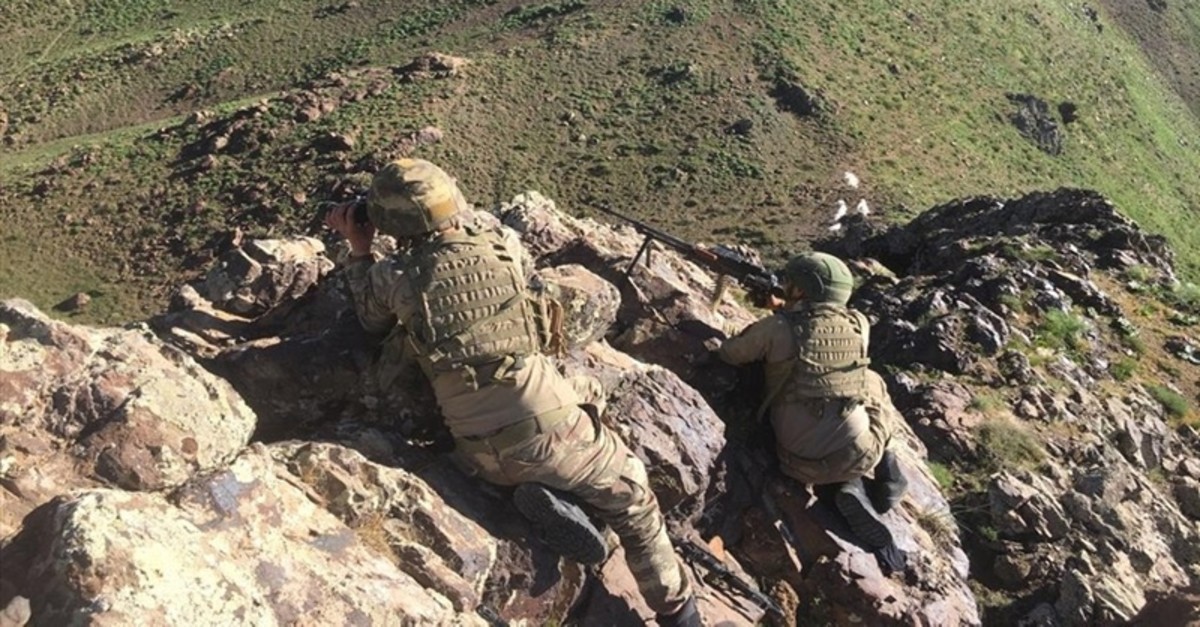 At least three PKK terrorists were killed as part of the ongoing Operation Claw in northern Iraq, bringing the total number of terrorists killed since the beginning of the operation to 43, the ministry said in a statement. The Turkish Armed Forces (TSK) launched Operation Claw against the PKK terror group on May 27.

Separately, the ministry said two terrorists were also killed during operations in the Zap region.

Operation Claw aims to prevent the infiltration of PKK terrorists into Turkish soil from Hakurk and spoil settlement plans of militants in the area. The Hakurk area facilitates terrorist crossings between Qandil and Iraq's Salahaddin province bordering Syria, where the PKK's Syrian offshoot, the People's Protection Units (YPG), controls the northeastern one-third of the country.

Turkey had previously warned the Kurdistan Regional Government (KRG) and Iraqi government numerous times about eliminating the PKK's presence to maintain Turkey's border security. Despite top officials from both governments often expressing their discomfort with PKK camps and activities, saying that they won't allow militants to attack Turkey from their soil, no serious action was taken in this regard.

The Qandil mountains, located roughly 40 kilometers southeast of the Turkish border in Iraq's Irbil province, are being used as a headquarters by the PKK and its Iranian affiliate, the Kurdistan Free Life Party (PJAK), although the area is under de jure control of the KRG. The area has frequently been hit by the TSK in the last decade, yet a ground operation had not been launched in recent years. Qandil became the PKK's main headquarters in the 1990s after it had used the Beqaa Valley in Lebanon as training grounds for many years.