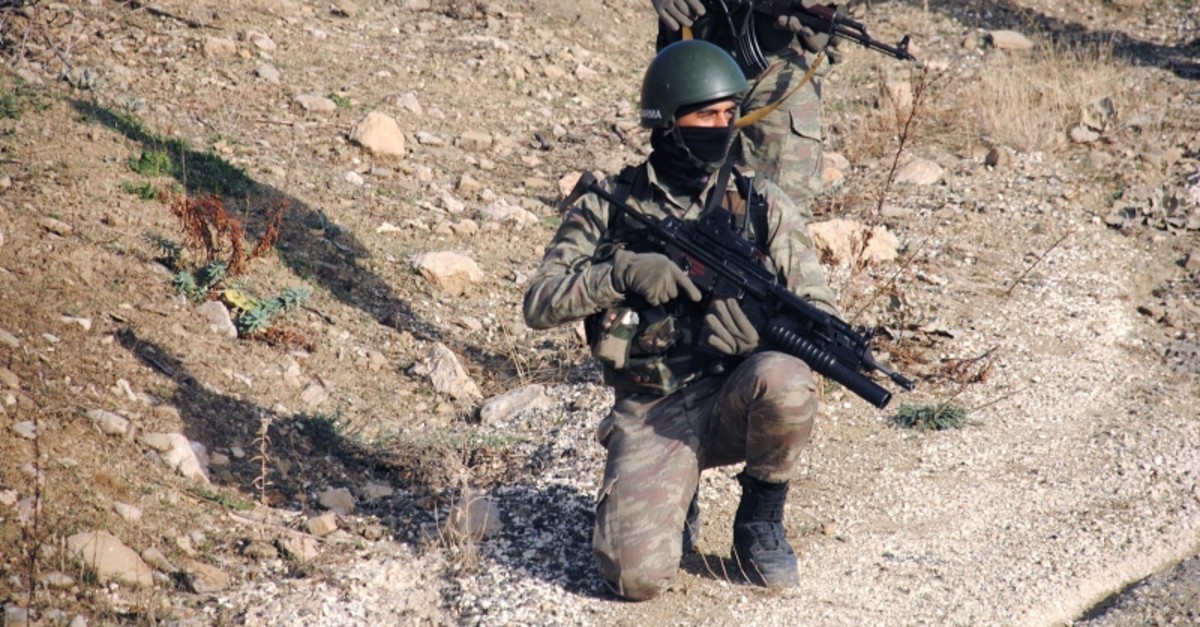 According to a statement released by the National Defense Ministry on Saturday, the number of terrorists neutralized in Operation Claw launched in northern Iraq's Hakurk region stood at 43.

Authorities often use the word "neutralized" in statements to imply the terrorists in question surrendered or were killed or captured.

A total of 74 shelters and 53 mines or explosives used by PKK terrorists were also destroyed in the operation involving air-backed commando brigades launched on May 27, according to the ministry.

Meanwhile, two PKK terrorists were neutralized in an air-backed counterterror operation in the Lice district of southeastern Diyarbakır province, a statement released by the Interior Ministry said Saturday.

Osman Gülen, codenamed Civan by the terrorist group and listed on the gray category of the ministry's most wanted list with a 300,000 Turkish lira ($51,000) bounty on his head, was among the terrorists nabbed in the operation.

The Interior Ministry's list is divided into five color-coded categories, with red as the most wanted, followed by blue, green, orange and gray.

Another PKK terrorist, identified as Ö.K. who went by the codename "Çektar Amed," was also captured in Lice and arrested.

Interior Minister Süleyman Soylu also said Saturday that a group of five terrorists, long pursued by security forces, had been cornered by gendarmerie special forces inside a cave in eastern Tunceli province and the operation was ongoing.

In its more than 30-year terror campaign against Turkey, the PKK — listed as a terrorist organization by Turkey, the U.S. and the EU — has been responsible for the deaths of some 40,000 people, including women and children. The People's Protection Units (YPG) is its Syrian branch.