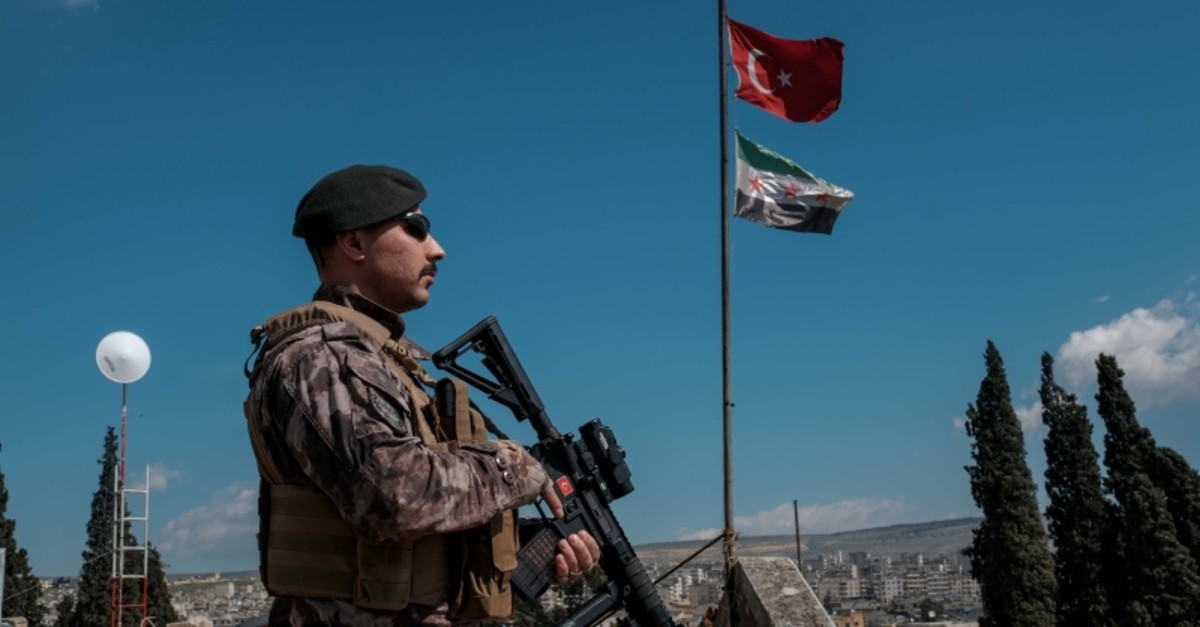 The ministry said that a counter-terrorism operation was conducted in the Tel Rifaat region following a terror attack carried out by YPG in Syria's Afrin on June 9, in which a Turkish soldier was killed.

The Turkish soldier was killed and five others were injured when YPG terrorists launched an anti-tank attack in Tel Rifaat on Sunday, the Defense Ministry said. Turkish forces responded with retaliatory fire.

Among five terrorists neutralized in the southeastern Diyarbakır province, one was revealed to be Felat Kocakaya, on the ministry's official terrorist wanted list.

Neutralized in the operation in the Lice district, Kocakaya — codenamed Rizgar Torhildan — was sought with a 300,000 Turkish lira ($51,654) bounty on his head, said a ministry statement.

Another terrorist neutralized in the same operation was identified as Yusuf Kayran, codenamed Zinar Akro.

In its more than 30-year terror campaign against Turkey, the PKK -- listed as a terrorist organization by Turkey, the U.S. and the European Union -- has been responsible for the deaths of nearly 40,000 people, including women and children. The YPG is the group's Syrian branch.