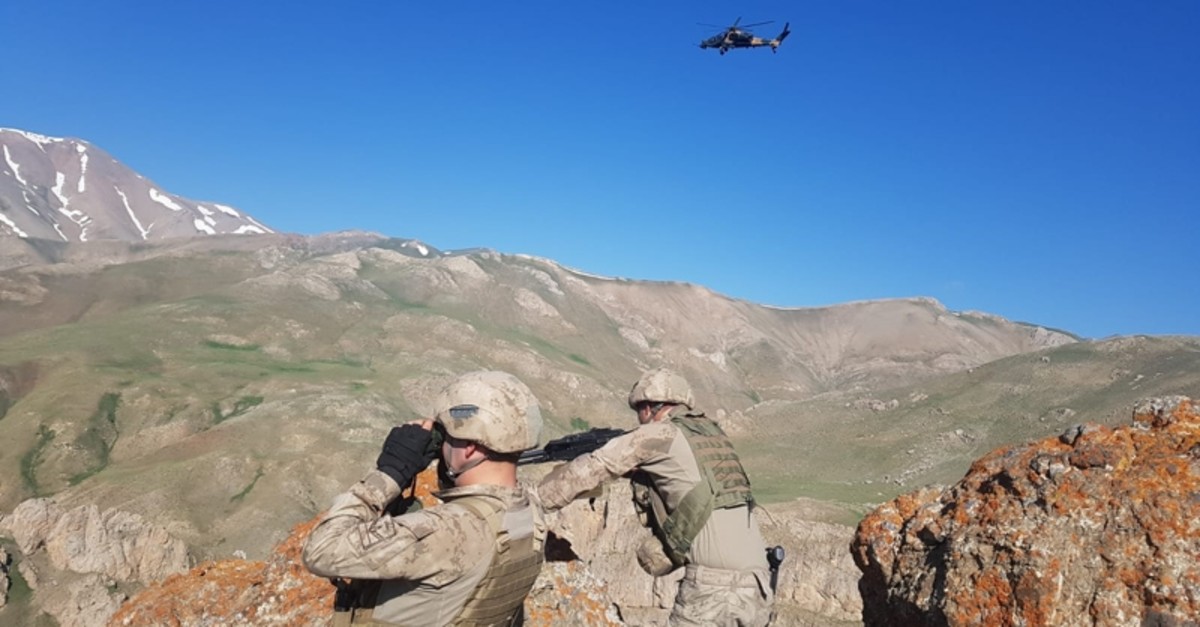 Turkish security forces have neutralized four terrorists on the country's wanted list in the past four days, the Ministry of the Interior said Monday.

The orange-category suspect was identified as Cihan Çelebi, known by the code name Hakkı Çemişgezek, and had a 600,000 Turkish lira ($103,500) bounty on his head.

On Twitter, the ministry said the counterterrorism operation neutralized terrorists in the Sinat-Haftanin and Zap regions.

On May 27, Turkey launched Operation Claw against the PKK in the Hakurk region of northern Iraq. The ongoing offensive has neutralized 58 terrorists so far.