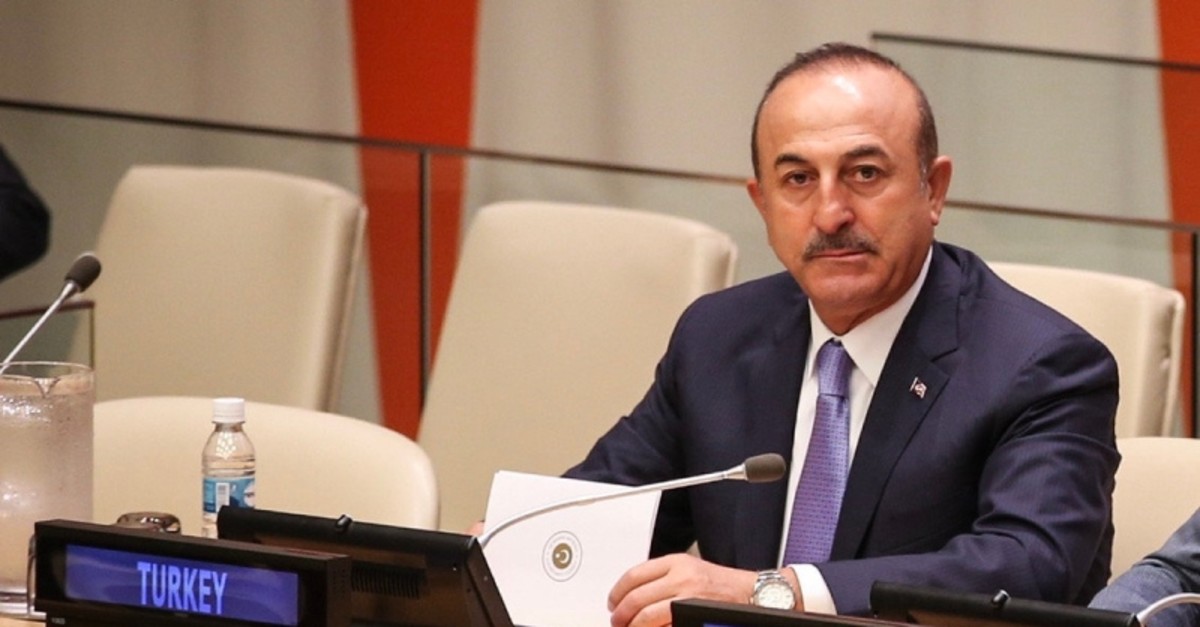 The two top politicians touched on the U.N. Special Representative for Children and Armed Conflict Virginia Gambia's meeting with PKK terrorist Ferhat Abdi Şahin, who commands the so-called Syrian Democratic Forces (SDF) dominated by the terrorist organization YPG, and signing of an "action plan" at the U.N. Office in Geneva.

The U.N. over the weekend signed a scandalous agreement with a terrorist group without the knowledge of U.N. member states.

Turkey says the incident was a sinister subterfuge meant to legitimize a bloody terrorist organization that has killed tens of thousands of people in the signing of the plan with the PKK/YPG terrorists, supposedly to stop the recruitment of child soldiers.

Proving the point, the terror group's propaganda outlets hailed the U.N. agreement, while it fittingly drew strong condemnation from Turkey, a sovereign member state of the international body.

Turkey on Thursday lodged a diplomatic note of protest with the U.N.'s Geneva office for signing a deal with the SDF and with Switzerland for allowing entry to terrorists sought with notices. In the protest notes, Turkey's permanent mission to the U.N. office at Geneva documented that prominent PKK terrorist Şahin was sought by the Interpol with a red notice.

The PKK has waged a terror campaign against Turkey for more than 30 years and has been responsible for the deaths of nearly 40,000 people, including women and children. It is a designated terrorist organization in Turkey, the EU and the U.S.

In 2017, the U.S., which considers the PKK a terrorist group, helped change the YPG's name to the SDF in order to dissociate it with the PKK.

The activities of the YPG terrorist group have been a major security concern for Ankara, while the U.S. viewed the group as a "reliable partner" in the fight against Daesh.

Şahin, a PKK terrorist on Turkey's most wanted list, has been an integral part of this partnership, leading initial negotiations with the U.S. beginning in August 2014.