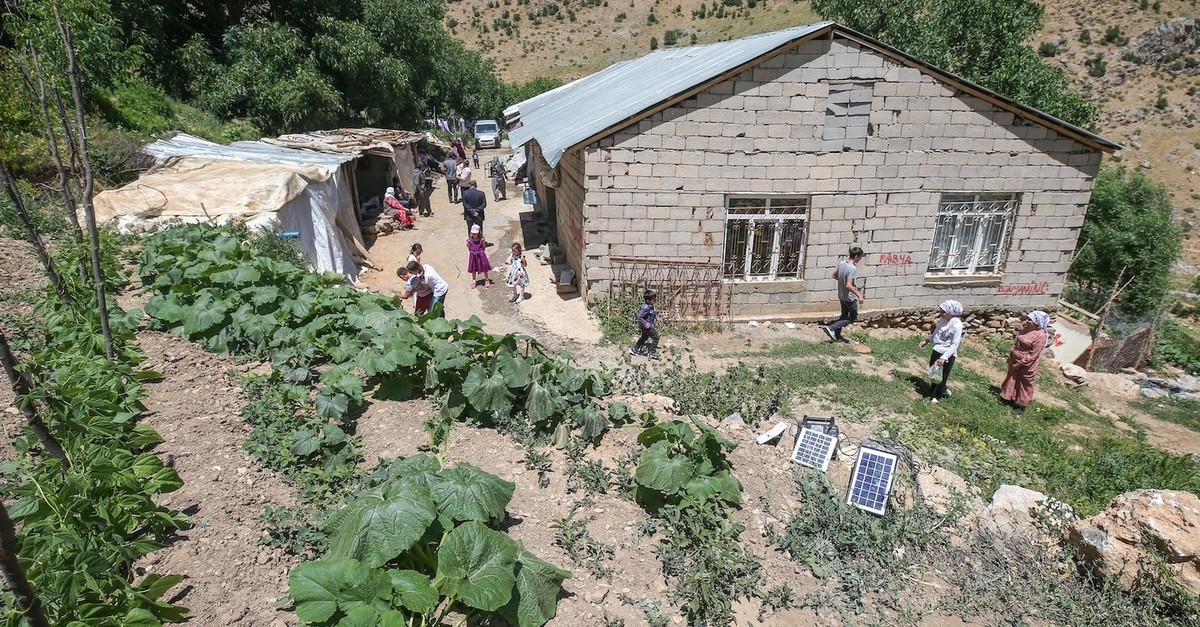 Residents of Horis village in the u00c7atak district of southeastern Van province returned to their homes, enjoying the region again after it was cleared of the PKK terrorist organization.
by Daily Sabah with AA Jul 22, 2019 12:02 am

Following the elimination of PKK terrorists from the region, local people in Horis village of southeastern Van province have returned to their hometowns, rebuilt their lives and started agricultural activities

The residents of the Çatak district in southeastern Van province who left their homes in 1994 due to mounting PKK terror activities have returned home, as the region has been cleared of the PKK. Due to terror attacks that started to affect the area in 1994, many citizens in the southeast had to abandon their homes and lands. While Turkey's nearly 40-year counterterrorism fight against the PKK continues, terrorists expelled from urban areas returned to mountainous regions thanks to successful counterterrorism operations in 2015. "We love our lands and do not consider abandoning them," said Adem Manto to Anadolu Agency (AA); he is a member of one of the eight families that returned to Horis village in Van province. Even though their homes had been left in ruins, the residents returned to their hometown and rebuilt houses and started agricultural activities.

"We live in peace and serenity here, and we meet almost all our needs from our gardens and lands. Our only problem is electricity; the solar panels we use are not sufficient as we have some 40 people living here," Manto said, asking the authorities to provide electricity.

Kezban Han, another resident in the area, said that they are happy to be back home, also highlighted the electricity problem in the area. 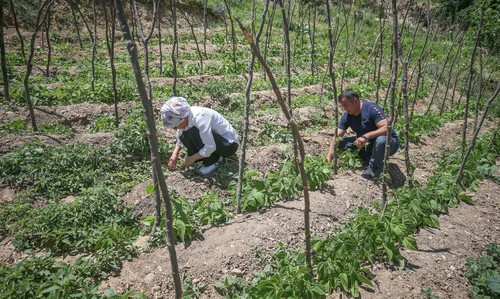 Following elimination of the PKK from eastern cities, the government began investing huge amounts of money to fix infrastructure and public services. Intensive reconstruction in the southeast – budgeted in the billions – include housing, health and education projects, restoration of historical buildings, mosques and churches and recreation work under the leadership of the Environment and Urbanization Ministry.

The Ministry of Environment and Urban Planning will be rebuilding 5,716 houses demolished in PKK terrorist attacks three years ago in the southeastern province of Şırnak.

So far, 3,756 houses have been completed, and 304 delivered to the house owners.

After living in a neighborhood where gunfire and explosions were heard, families now hear the sound of children playing peacefully in the parks.

In an interview with AA, Şahin Ürper, a housekeeper in the area, said the building in which he owned 12 apartments had collapsed in an attack. "We had to leave our home and our home town, we were in a very troubled period... The poor and the rich were all affected by this," Ürper said.

In 2015 and 2016, brutal actions by the PKK caused the key provinces in southeastern Anatolia to suffer from terrorist activities. When peace finally came, the provinces were faced with heavily damaged cityscapes, as infrastructure and public spaces, such as schools and mosques, were no longer functional. Today, these provinces have revived thanks to reconstruction by the state, leaving memories of the PKK's terrorist activities behind. So far, thousands of houses, workplaces, mosques and schools have been restored by various state institutions, under the leadership of the Ministry of Environment and Urbanization.

In Şırnak, roads have been renewed and lit, and 86 schools have been restored and are ready for education. Sixteen schools were damaged in Şırnak's city center. However, in its towns, the number was 84. Some 12 schools, which became unusable, were demolished and new projects launched to rebuild them. At least 11 mosques were destroyed, while 13 others were damaged. Those 13 mosques are being restored and opened for worship. To replace the destroyed ones, on the other hand, 45 others are being built in the city.