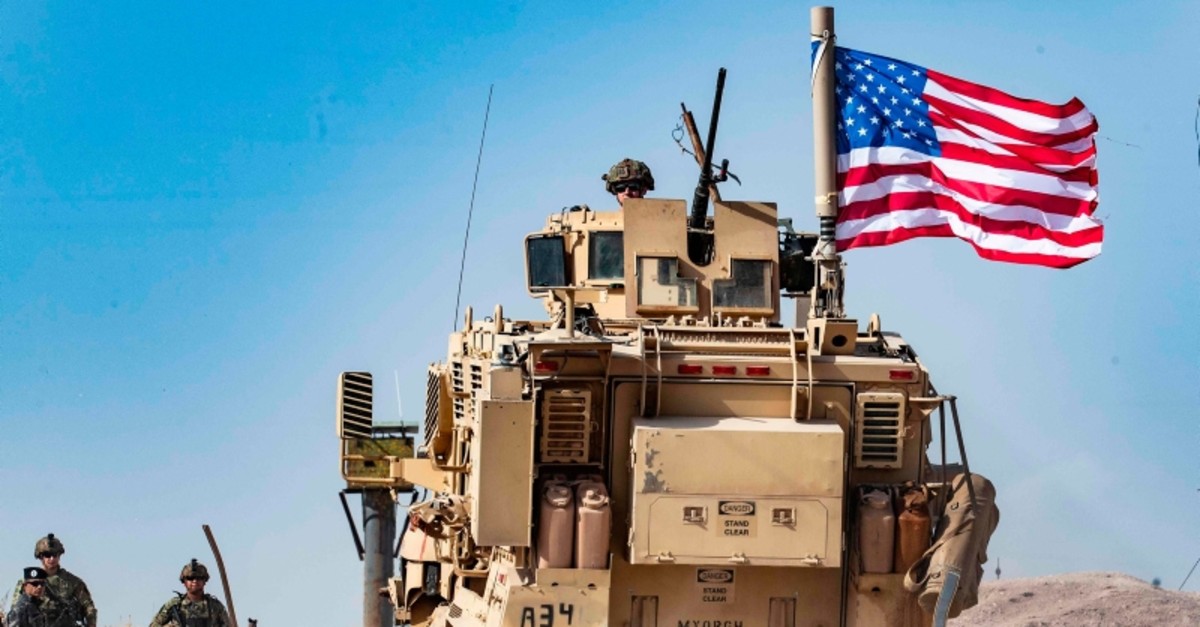 The U.S. disregarded Turkey's concerns about the People's Protection Units (YPG), the Syrian affiliate of the PKK terrorist group, prompting the country to carry out an anti-terror operation in northern Syria, an expert Wednesday.

The U.S.' tactical decision to support the YPG "created a ticking time bomb," wrote Amanda Sloat, a senior fellow at the Brookings Institute, in an article for The Washington Post.

Then U.S. President Barack Obama also did not support Turkey's request to create a buffer zone to keep YPG terrorists from its border, said Sloat, adding that Ankara's proposal to form a force consisting of Syrian opposition groups was also dismissed by the Obama administration.

The PKK -- listed as a terrorist organization by Turkey, the U.S. and the European Union -- has been responsible for the deaths of some 40,000 people, including women, children and infants.

Sloat said Washington does not categorize the YPG as a terrorist entity.

"Both groups operate under the same command structure, and fighters move freely between them. Indeed, the YPG is militarily effective in part because of its members' experience in Turkey," she wrote.

Sloat noted that the U.S. is now suffering the consequences of the short-term imperative to utilize YPG in the fight against Daesh.

"Turkey, a NATO member, never accepted U.S. support for the group, which is directly linked to a terrorist organization that has long fought an insurgency against the Turkish state," she said and added: "Nor did every politician now criticizing Trump — whose decision-making has been characteristically chaotic — think this alliance was wise in the first place. The main surprise here is that U.S. diplomats and military officers made this untenable situation work as long as it did."

She recalled that the YPG also sought to connect three northern Syrian cantons into a single autonomous region.

"This territory, however, borders the southeastern part of Turkey, where much of its Kurdish population lives. Turkey worried that the United States' strengthening of the YPG in Syria could encourage the PKK to renew conflict at home," said Sloat.

She said the U.S. must preserve its relationship with Turkey despite being a "challenging ally."

"But it remains an important Muslim-majority ally in a critical region. And, given its geography, it has a clear interest in a stable Syria.

"The United States should remain focused on ensuring that the Syrian neighbor with the most to lose remains invested in the efforts to decisively defeat the Islamic State," she wrote.

Since 2016, Turkey has conducted two major military operations in northwestern Syria -- Operation Euphrates Shield and Operation Olive Branch -- to purge the region of Daesh and the YPG.

The PKK — listed as a terrorist organization by Turkey, the U.S. and the European Union — has waged a terror campaign against Turkey for more than 30 years, resulting in the deaths of nearly 40,000 people, including women, children and infants.Turkey has long decried the threat from terrorists east of the Euphrates in northern Syria, pledging military action to prevent the formation of a "terrorist corridor" there. Since 2016, Turkey's Euphrates Shield and Olive Branch operations in northwestern Syria have liberated the region from YPG/PKK and Daesh terrorists, making it possible for nearly 400,000 Syrians who fled the violence to return home.