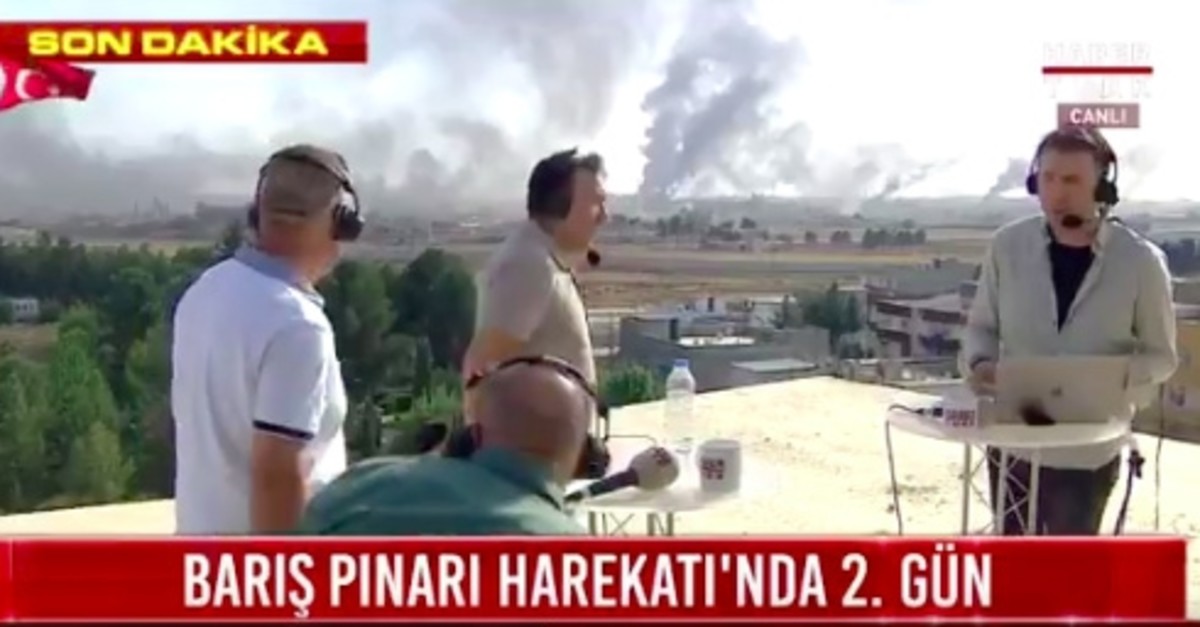 The incident took place as HaberTürk TV anchor Mehmet Akif Ersoy was on live broadcast with army veteran and security expert Abdullah Ağar and Abdulaziz Temo, the president of the Independent Syrian Kurds Association, near Akçakale district in southeastern Şanlıurfa province across the Syrian border.

In the video, journalists note that the YPG snipers start shooting toward them during broadcast.

Four civilians have been killed and dozens more wounded after YPG terrorists carried out rocket and mortar attacks targeting civilian-populated ares of southeastern Şanlıurfa and Mardin provinces, as authorities urged civilians to return to their homes.