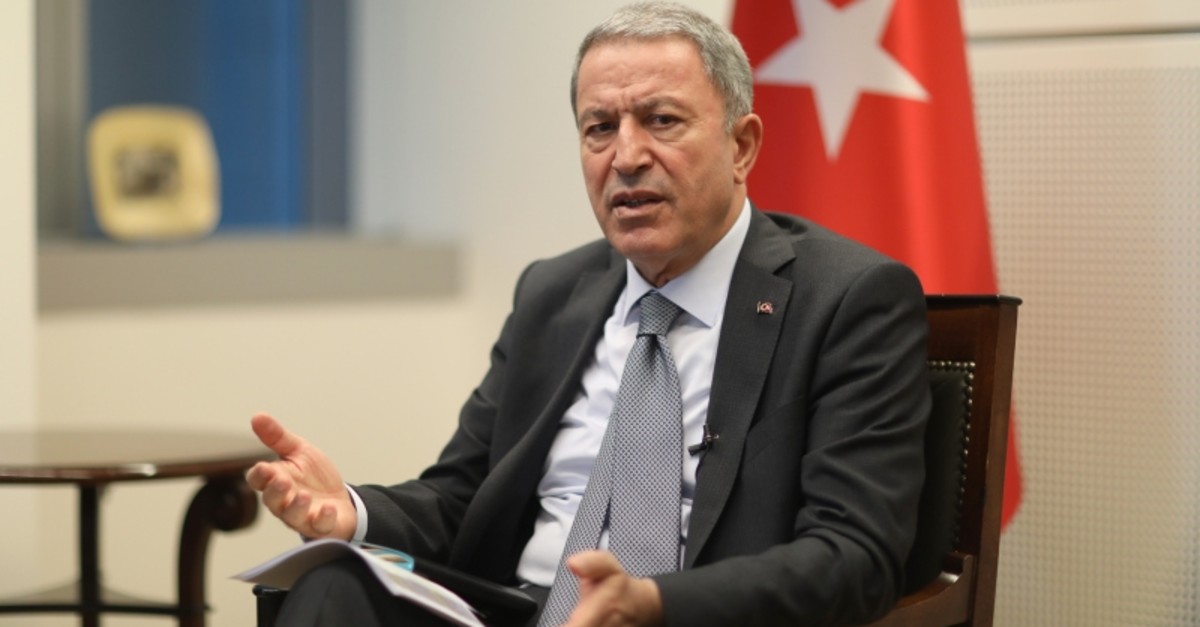 "Everything is normal, and [the deal] is going as planned," Hulusi Akar told reporters in Brussels following a NATO defense ministers' meeting.

Akar said the YPG/PKK withdrawal, in line with the deal reached in Sochi, Russia this week, must be completed as of next Tuesday, Oct. 29 at 18.00 local time (1500GMT).

He said the operation was fully transparent in line with international law and that operational details were shared with fellow defense ministers at the NATO meeting.

'Kurds are our brothers'

Akar stressed that the operation in northern Syria was free of any inhumane practices such as human rights violations or the use of chemical weapons.

Stressing that Turkey's fight against terrorism continues with determination, he said: "Terrorists are our targets. The Kurds are our brothers."

Akar decried how the Western media often conflates Kurds with YPG/PKK terrorists, saying in fact Turkey is seeking to help all ethnicities who suffered under the terror group's reign, including Kurds.

"The YPG/PKK oppressed the people [in northern Syria]. About 1.5 million Kurds were displaced," he said, adding that some 400,000 of these Kurds took shelter in Turkey and are set to return once the safe zone is fully completed.

Asked about relations with NATO, Akar said Turkey is "at the center of NATO" and fulfilling its responsibilities to the alliance. "Our position remains the same."

"There is a serious terror threat by the YPG/PKK and Daesh [also known as ISIS] to our country and people, we want that pushed back. And we want to do this with our allies. But if the necessary stance isn't there, we won't tolerate a delay," he said.

Akar stated that Turkey, since the start of the Syrian unrest in 2011, called on its allies to act in harmony, but these calls fell on deaf ears despite Turkey's significant contributions to the international coalition against Daesh, or ISIS, by neutralizing over 3,000 terrorists.

On Tuesday, in Russia's Black Sea resort town of Sochi, Turkish President Recep Tayyip Erdoğan and his Russian counterpart Vladimir Putin reached a deal under which YPG/PKK terrorists will pull back 30 kilometers (18.6 miles) south of Turkey's border with Syria within 150 hours, and security forces from Turkey and Russia will mount joint patrols there.

In its more than 30-year terror campaign against Turkey, the PKK -- listed as a terrorist organization by Turkey, the U.S. and the European Union -- has been responsible for the deaths of 40,000 people, including women, children, and infants. The YPG is the Syrian offshoot of the PKK.