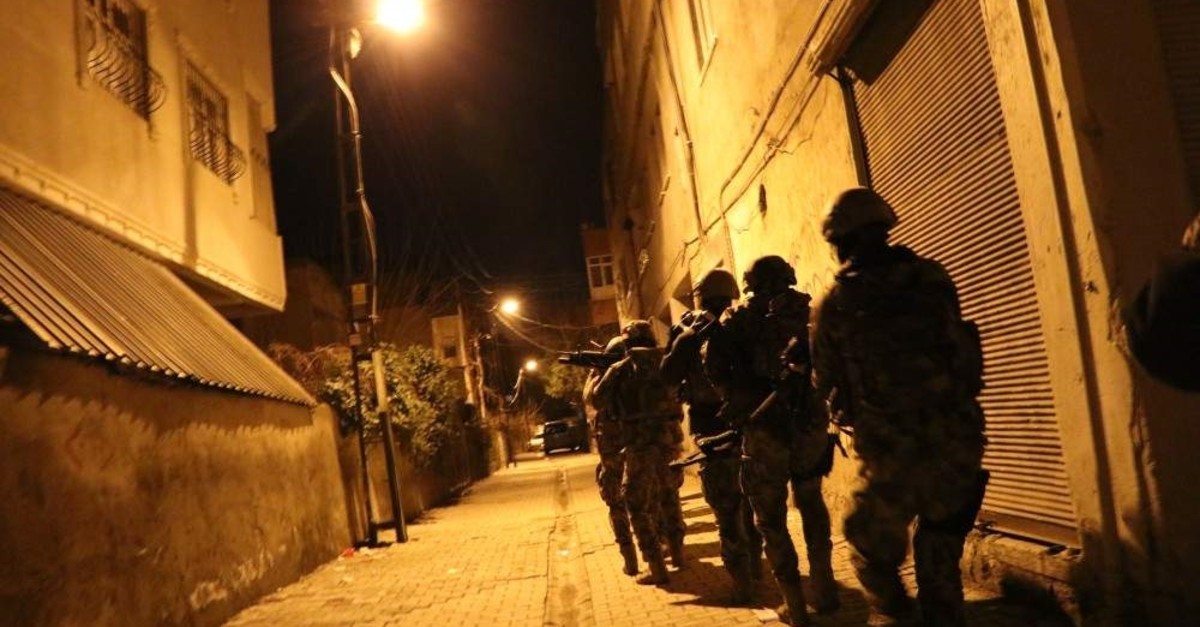 Continuing its fight against Daesh with full vigor, Turkey delivered a major blow to the terrorist organization in December, detaining 333 individuals suspected of links to the group. Meanwhile, on the other front in the fight to bring members to justice, the Interior Ministry repatriated 110 foreign terrorist fighters between Nov. 1 and Dec. 19.

Following efforts by the police, gendarmerie and border security units, a large number of Daesh members have been taken into custody, with countless documents, weapons and ammunition cases belonging to the organization also seized.

Of the 333 Daesh suspects, 38 have been charged, while judicial proceedings are ongoing in the other cases. Last month, 12 foreign nationals with suspected links to Daesh were rounded up as part of a police operation, seven having been caught and detained in the capital, Ankara.

Operations were conducted nationwide and also targeted high-ranking members of the terrorist group. Six alleged high-level commanders and fighters were detained in Osmaniye province, four of whom have been charged.

Furthermore, an allegedly high-ranking figure from Daesh, only referred to as M.E., together with a group of six others suspected of planning a terror act, were caught in the provinces of Burdur and Hatay. It was found that M.E. had been receiving direct instructions from the group's deceased leader Abu Bakr al-Baghdadi and was responsible for training children in the organization, killing those who did not comply with his views. The suspect also released a propaganda video for the organization and was found to have been plotting a revenge act against Turkey after the death of al-Baghdadi.

The country's efforts against Daesh made it a primary target for the terrorist group, which carried out numerous gun and bomb attacks targeting security forces and civilians, including the country's deadliest terror attack, which killed 102 people and wounded 400 others in a twin suicide bombing at a rally in capital the Ankara on Oct. 10, 2015.

Of the 110 foreign terrorist fighters repatriated between November and December, there have been 21 Germans, 13 French, five U.K. citizens, two Belgians, two Dutch, two Moroccan, two Kosovan, one Danish, one American, one Greek, one Irish, one Australian and others from many other countries.

Currently, 849 foreign terrorist fighters remain at repatriation centers, waiting to be sent to their countries.

Turkey has taken stringent measures against foreign fighters since the beginning of the Syrian civil war in 2011. According to judicial sources, over 76,000 people have been banned entry to the country, and over 7,000 fugitive terrorists or with links to terrorist groups have been deported.