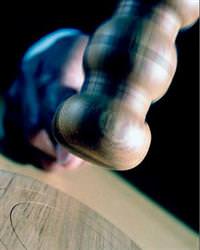 Three descendants of Armenians who lost their property in the collapse of the Ottoman Empire filed a lawsuit Wednesday against the Turkish government and two Turkish banks for restitution of more than $63 million for acreage that includes the strategic Incirlik Air Base used by the U.S. military.

The lawsuit filed in U.S. District Court in Los Angeles says ancestors of the litigants had their property confiscated in the alleged Armenian genocide. The families say they have deeds to the parcels.

Turkey has long denied that the loss of 1.5 million Armenian lives between 1915 and 1919 constituted genocide and instead describes the deaths as resulting from civil unrest that accompanied the collapse of the Ottoman Empire.

In the past, Turkey threatened to withhold access to the base when Congress reconsidered recognizing the Armenian genocide.

The lawsuit was filed by attorney Vartkes Yeghiayan, whose wife is one of the plaintiffs and claims to have documents showing her ancestor, a wealthy Armenian landowner, was forced to flee Turkey with his family in 1915, leaving behind his home, farmland, store and insurance business.

The lawsuit was filed well after business hours in Ankara, the capitol of Turkey, and efforts to get immediate comment were not successful.

Hakan Tekin, the Turkish consul general in Los Angeles, said he and attorneys at the Turkish embassy in Washington, D.C., couldn't comment on the lawsuit because they haven't seen it yet.

"In principle, we believe that these issues have been long resolved and such legal actions are counterproductive," he said.

The current suit is different because it names the Turkish government and two of Turkey's largest and oldest banks rather than privately held corporations. Banks named in the suit are the Central Bank of the Republic of Turkey and T.C. Ziraat Bankasi.

The lawsuit involves about 122.5 acres of property located in the Adana region of Turkey with an estimated value of $63.9 million.

Attorney Michael Bazyler, a legal expert on genocide litigation and a professor at Chapman University, said the way was cleared for the lawsuit last week, when the U.S. 9th Circuit Court of Appeals reversed itself and said the heirs of Armenians killed in the Turkish Ottoman Empire can seek payment from companies that sold life insurance to their relatives.

The 44-page lawsuit sets out facts of how the properties were seized and how the ancestors of the litigants were "scattered throughout the world as refugees."

"During and after World War I, the families of each of the plaintiffs were forced to flee the Ottoman Turkish Empire - modern-day Turkey - leaving behind murdered family members and all of their movable and immovable property," the lawsuit says.

Explaining the nearly century-long delay in filing suit, it says, "It was impossible for plaintiffs' predecessors to seek compensation for their stolen property or focus on anything but rebuilding their lives."

The lawsuit said Turkey profited from the land, renting the air base to the U.S. for use as a vital hub supporting the wars in Iraq and Afghanistan and humanitarian missions throughout Europe, the Middle East and Central Asia.