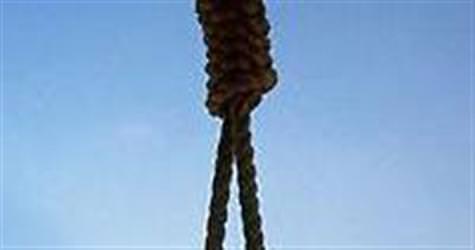 Iran on Tuesday hanged an Iranian convicted of spying for the Islamic Republic's arch foe Israel, the official IRNA news agency quoted a statement from the judiciary as saying.

Ali Akbar Siadat was found guilty of relaying sensitive data to Mossad, having worked for the Israeli intelligence agency since 2004. He was arrested four years later when he tried to leave Iran with his wife.

Iran and Israel have been enemies since the 1979 Islamic revolution in Iran and Tehran periodically announces the arrest of people suspected of spying for Israel, which Iran refuses to recognise.

"Ali Akbar Siadat, who spied for Israel's Mossad, was hanged inside the Evin prison (in Tehran) this morning," IRNA said.

"He was convicted of corruption on Earth, confronting the Islamic Republic and strengthening the Zionist regime (Israel)."

"Siadat confessed receiving $60,000 (39,000 pounds) for transferring classified information to Mossad on Iran's military activities," IRNA said. The statement said he had been given "special equipment including a laptop" to contact Mossad.

IRNA said Siadat met Israeli agents in Turkey, Thailand and the Netherlands among other countries. He gave them information on Iran's military drills, military bases, military aircraft as well as missile systems operated by the Revolutionary Guards, the news agency said.

A convicted Iranian, Ali Ashtari, was hanged in Iran in 2008 for working with Mossad. Israel denied any links with the case.

Iran often accuses Israel and the United States of trying to destabilise the Islamic Republic.

Israel, believed to be the only country in the Middle East with nuclear weapons, sides with the United States and its allies in accusing Iran of seeking to build atomic weapons of its own.

Iran denies this, saying it wants to use nuclear power to generate electricity.

Israel has not ruled out military strikes on Iran if diplomatic efforts fail to resolve the stand off over Tehran's nuclear programme.

Iran has vowed to retaliate to any strikes with missile salvoes on Israel and U.S. targets in the Gulf.

IRNA also said Ali Saremi, a member of the exiled opposition group the Mujahideen Khalq Organisation, was hanged for various offences, including "moharebe" or waging war against God.

Under Iran's penal code, imposed since its 1979 Islamic revolution, espionage and waging war against God can carry the death penalty.