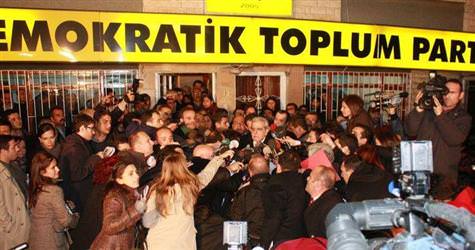 Greek authorities say a pro-Kurdish politician from a party banned in Turkey has been detained after entering Greece with false papers.

Forty-six-year-old Mustafa Sarikaya — a former deputy chairman of Turkey's Democratic Society Party — was stopped last week at the airport in Thessaloniki, a city in northern Greece.

Police said he flew in from Cyprus with a fake Bulgarian passport and requested political asylum.

Under EU asylum rules, the request must be handled by Cyprus, where Sarikaya entered the EU.

On Wednesday, a Thessaloniki court cleared Sarikaya of illegally entering Greece, accepting that he faced political persecution in Turkey.

But he will be held pending the asylum process.

Turkey shut down the Democratic Society Party in 2009 over alleged ties with Kurdish rebels.