Syria bloodshed can no longer be tolerated 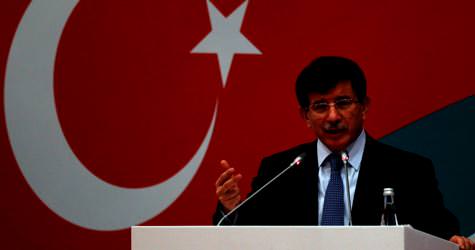 Turkey said on Friday it could tolerate no more bloodshed in Syria and it was ready to take action with Arab powers if President Bashar al-Assad failed to take steps toward ending the crackdown on pro-democracy demonstrators.

Foreign Minister Ahmet Davutoğlu told a news conference that he hoped the Syrian government would give a positive response to Arab League plan on resolving the conflict.
"If it doesn't, there are steps we can take in consultation with the Arab League," he said. "I want to say clearly we have no more tolerance for the bloodshed in Syria. The attitude of friendly and fraternal countries on this subject is clear."
The Arab League has set a Friday deadline for Syria to agree to comply or else face sanctions, including halting flights, curbing trade and stopping deals with the central bank.
Davutoğlu said he was ready to attend a meeting of Arab League foreign ministers that could take place on Sunday, depending on Syria's response. He was also consultating with the European Union, NATO and U.N. Security Council members.
Davutoğlu also held talks with Jordanian Foreign Minister Nasser Judeh, who had attended a meeting of Arab League foreign ministers in Cairo on Thursday.
Speaking alongside the Turkish minister, Judeh said he hoped Syria would sign a protocol to accept observers as a first step to ending the violence that has gripped the country for eight months.
"This is the collective wish of the Arab world and if they don't, God forbid, we have to meet again," he said.
Non-Arab Turkey, Syria's largest trading partner and formerly a close friend, has strongly backed the stance taken by the Arab League toward Syria.
Turkey and Jordan both border Syria and potentially have a important part to play if French proposals for a humanitarian zones in Syria gather support.
This week Prime Minister Tayyip Erdoğan bluntly told Assad to quit or risk facing the same fate as Libyan dictator Muammar Gaddafi, who was killed last month after being caught by rebels.