France makes a gesture to Turkey on Syria 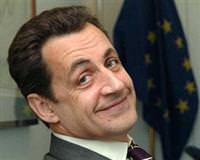 France has asked its European Union partners to invite non-member Turkey to this week's foreign ministers' meeting in Brussels to discuss the next steps in dealing with Syria's crackdown on anti-government protests.

"We have proposed that Turkey be invited to the foreign affairs meeting to discuss the situation in Syria. This invitation, which is extremely important in our eyes, is being considered in Brussels," said a Foreign Ministry statement.

Thursday's meeting will include a presentation by the secretary general of the Arab League, which yesterday announced economic sanctions against Syria.

France has proposed that Turkey, which shares an 800-km border with Syria, be used for a secured humanitarian corridor to protect civilians in the eight-month popular uprising against President Bashar al-Assad.

"The risk of spilling over into a humanitarian crisis situation is real," the ministry said today, citing a plea by the Arab League for the United Nations to support its efforts.

"Such a request cannot remain unanswered while the drama continues behind closed doors in Syria," it said.

The Arab League's sanctions, the ministry said, should serve "as an example to the whole international community and drive a deeper and concerted mobilisation within all international bodies in order to end the bloodbath in Syria."