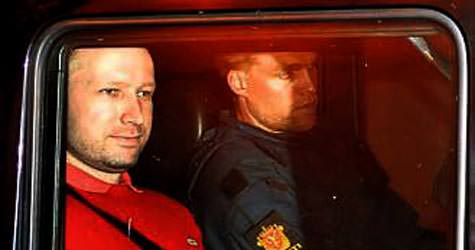 In Norway's worst attacks since World War Two, Breivik killed 77 people in July by bombing central Oslo and then gunning down dozens of mostly teenagers at a summer camp of the ruling Labor Party's youth wing.

Prosecutors said a psychiatric report on Breivik, a self-declared anti-immigration militant, showed he believed he had staged "the executions" out of love for "his people."

"The conclusion ... is that he is insane," prosecutor Svein Holden told a news conference on the psychiatrists' report. "He lives in his own delusional universe and his thoughts and acts are governed by this universe."

Norway has a tradition of stressing rehabilitation of criminals rather than punishment but one politician called the report incomprehensible while a British-based forensic psychiatrist expressed surprise at its conclusions.

The Nordic nation of 4.9 million does not have the death penalty and the maximum criminal jail sentence is 21 years.

If the court accepts the report's conclusions, Breivik would be held in a mental health institution rather than in a prison. Norwegian courts can challenge psychiatric evaluations or order new tests but rarely reject them.

Breivik could be held as long as he poses a threat to society but may be released if found to be healthy.

One survivor of the shooting rampage on Utoeya island said the Norwegian public had to be protected from Breivik.

"The most important thing for me is not to punish Breivik," 20-year-old Bjoern Ihler told Reuters. "What matters to me is that he no longer poses a threat to society."

Others disagreed. "This is completely incomprehensible," said Per Sandberg, the deputy leader of the populist Progress Party, an opposition group which campaigns for tougher criminal sentences. "How can someone who has planned this for such a long time ... be considered insane?" he told TV2.

Breivik had developed paranoid schizophrenia and was psychotic at the time of the attacks, Holden said, adding that his condition was persisting.

In their report the psychiatrists described many different forms of "bizarre delusions."

"They especially describe what they call Breivik's delusions where he sees himself as chosen to decide who shall live and who shall die, and that he is chosen to save what he calls his people," said Holden.

"Breivik has stated that he committed the murders, or executions as he calls them, because of his love for his people," he added.

In a manifesto posted on the internet shortly before his killing spree on July 22, Breivik declared he wanted to protect Norway from what he said was the threat of Muslim immigration.

Seena Fazel, a lecturer in forensic psychiatry at Britain's Oxford University, said he was surprised by the diagnosis.

"From the initial reports that came out about him, he came across as someone who planned this extremely carefully over a long period of time and was terribly well organized," Fazel told Reuters. "Usually, with people with severe mental illness, their lives are slightly more chaotic than that."

"So I must admit I am a bit surprised by this diagnosis, but at the same time, we know that people with severe mental illness are at increased risk of committed violent crimes - although that's often in the context of drug and alcohol problems, which he doesn't appear to have."

MAY BE FREED IF HEALTHY

Breivik could legally be freed if declared healthy. "If he is not psychotic and does not pose a danger to society, then his sentence cannot be upheld," prosecutor Inga Bejer Engh told the news conference.

If the court accepts the psychiatric evaluation, Breivik would still be put on trial but could not be jailed.

He could face court hearings every three years to determine if he needs to remain committed to a psychiatric institution, and could be held for life if he remained a threat.

During his 13 conversations with two mental health experts, which lasted about 36 hours, Breivik called himself the "most perfect knight" to live after World War Two.

Breivik also claimed that his organization, which he calls the Knights Templar after the medieval religious order, will take over power in Europe and put himself forward as the future regent of Norway and the continent.

"The experts also describe Breivik's intentions to conduct breeding projects with Norwegians and organize them in reserves," said Holden.

Breivik, who is being held in isolation in prison, was as yet unaware of the conclusion of his psychiatric evaluation but would be told later Tuesday.

He has said via his lawyer that he does not consider himself insane, although his lawyer believes he is.

"I don't think he (Breivik) will be surprised by the conclusions of the report," his lawyer, Geir Lippestad, told TV2.