'Egyptians are influenced by the Turkey model' 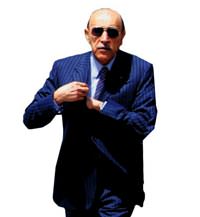 A Muslim Brotherhood committee on an official trip to the United States explained that they are highly influenced by Turkey and that they themselves have adopted a ‘Turkey Model’.

Speaking to SABAH, Halid El Kazzaz, Foreign Affairs Coordinator for the Muslim Brotherhood, states, "Over the past five to ten years, Egyptians have been significantly influenced by the Turkey model." Kazzaz goes on to state, "The Egyptian public was impressed by Turkey's industrialization and its having become an influential country in the region. We have established very strong ties and good relations with the Justice and Development Party (AKP) and in order to learn about their experiences as well as to receive assistance in forming our own party and government, we are in constant contact. We have very good relations. There is a lot we want to learn from the Turkey model." El Kazzaz also explained that Egypt's priorities are to realize democratic reforms and to strengthen the economy.

The last minute announcement by Husnu Mubarak's former intelligence chief Ömer Süleyman of his plans to be a presidential candidacy has ignited a series of reactions. Hayrat al-Shatir, the Muslim Brotherhood's candidate for the presidential election appears to be the favorite. Responding to Süleyman's recent announcement, al-Shatir states, "This is an attempt to revive the former regime."

This is a translation of an article originally written by Nur Özkan Erbay.