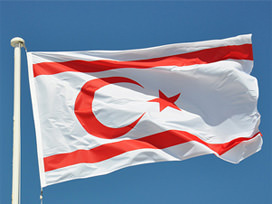 Should the Cyprus issue fail to be resolved by July 1st, the day the Greek Cypriots take over the EU term presidency, Ankara’s Plan B may go into effect. The plan includes changing the name of northern Cyprus into the Turkish Republic of Cyprus and requesting international recognition.

If a solution is not reached on the Cyprus issue by the July 1st deadline, which corresponds to the day the Greek Cypriots take over the EU term presidency, then the B Plan designated by Ankara may go into effect. According to the plan, the Turkish Republic of Northern Cyprus will be renamed the Turkish Cypriot State, as designated by the Annan plan. The next stage involves the request that the country gain international recognition.

Following a ruling in 2004, the Organization of Islamic Cooperation decided to refer to Northern Cyprus as the Turkish Cypriot State. Should Plan B go into effect, then the 57 member states of the OIC will officially recognize the Turkish state. Turkish Republic of Northern Cyprus President Derviş Eroğlu has announced that if no solution is reached in 2012, they may then continue to establish a new constitution and legal system as well as possibly changing the name of the state. Eroğlu expressed that the new name for Northern Cyprus would be the Turkish Cypriot State.

B PLAN TO GO INTO EFFECT

A high level official reveals that Ankara feels that they have continued to exert efforts to reach a solution on Cyprus however due to the Greeks evading the issue, they are concerned there may be no further progress made in 2012. The official also pointed out that as soon as the Greek Cypriots take on the July 1st EU presidency, Turkey will cut all EU relations. "It is not expected that deliberations on Cyprus will continue after that point. Therefore," states the official,"Plan B will go into effect."

The official went on to explain that both Ankara and Northern Cyprus are counting the days until they begin implementing Plan B, in which an "all-out diplomacy movement will be initiated requesting the recognition of the Turkish Cypriot State."

The official goes on to state that the request for international recognition for the Turkish Cypriot State does not mean they are going against the world and explains, "The Cypriot Turks will be requesting that they be recognized as the Turkish Cypriot State, which has already been accepted by the international community and not as the Turkish Republic of Northern Cyprus. They are probably not going to go against the name they accepted themselves. These decisions are radical, but they are the steps being discussed by Ankara and Nicosia."

SIGNS OF PLAN B

For the first time ever, Eroğlu went to Jeddah under the title of President as a guest of OIC Secretary General Ekmeleddin İhsanoğlu. Meanwhile, Foreign Affairs Minister Ahmet Davutoğlu, expressed during a meeting of ambassadors in Ankara that they may abandon the 'two-zone state' solution model due to the Greeks' stance when it comes to negotiations. Instead, he stated that the option of two independent states would not be adopted. According to TRNC Foreign Affairs Minister Hüseyin Özgürgün, "Northern Cyprus has already begun to be considered as a Turkish state. In other words, there is no other choice or alternative."

According to the high-level official, Plan B consists of three stages. The first stage involves the request for recognition of the Turkish Cypriot State. The second stage involves the reopening of Varosha and lastly will be the request for international recognition. If none of this works, then steps will be taken towards establishing Northern Cyprus as a territory of Turkey. According to the Annan Plan the new state structure for Cyprus would include the Turkish Cypriot State and the Greek Cypriot State.