A ‘Turkish lira’ joke in the U.S. Department of State 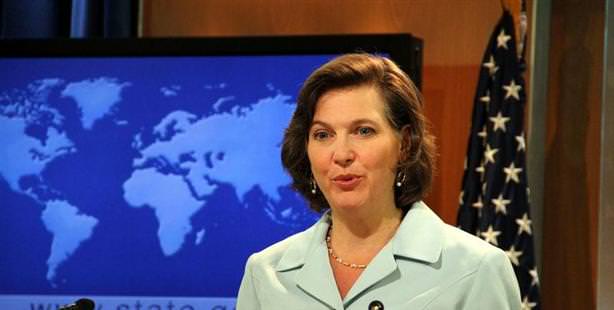 During a daily briefing by Spokesman for the U.S. Department of State Victoria Nuland on October 18th, an intriguing dialogue surfaced with journalists that jokingly led to the mention of the Turkish lira.

During the daily briefing, a question posed to Nuland by a Turkish journalist stated, "Today, there are some reports again that apparently Stingers have now made it into Syria and there are videos. Can you confirm that? First of all, would you be able to confirm that right now the Stingers and the missiles are in the hands of the opposition in Syria?"

Nuland responded by stating, "I'm not in a position to confirm any of that. As you know, we don't have an embassy in Syria at the moment."

The Turkish journalist returned with, "To follow up, it looks like now, if the reports are credible, that with Stingers in Syria, there is more destruction, there are more foreign fighters and more extreme elements are claiming responsibilities. So basically, everything this Administration has been saying that shouldn't happen in Syria is now happening.Would you be able to concede that this Administration, when it comes to Syria, utterly and completely failed on its promises?"

Laughter erupted amongst participants as an American journalist interjected, stating to Nuland, "Yes, I'll give you a dollar if you say the Administration's policy was an abject failure." Nuland responded by stating, "Only a dollar" to which the journalist said, "Only a dollar. I'll also look for a new job for you. How's that?" Nuland responded to the U.S. journalist's "offer" by stating, "You will, huh? I don't think a dollar is going to help me, perhaps a Turkish lira will help," as laughter spread throughout the room.