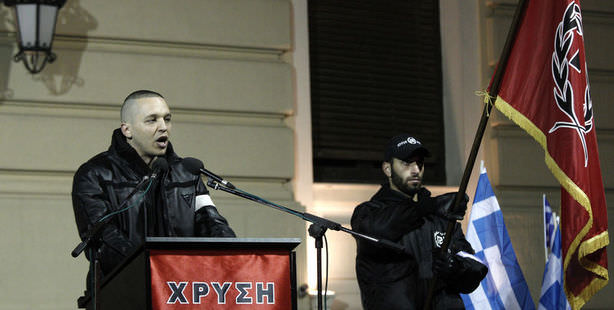 Five thousand members of the extreme-rightist Golden Dawn Party staged a demonstration in Athens on the anniversary of the deaths of three Greek Air Force soldiers when their helicopter crashed during the 1996 Kardak crisis.

Kardak, also known as Imia, is a pair of two small uninhabited islets in the Aegean Sea. In 1996, leading up to January 31st, a dispute regarding ownership led to Turkish and Greek forces planting and removing flags flags until a Greek reconnaissance plane crashed, killing the three soldiers abroad.

The group of Golden Dawn Party supporters marched to the U.S. Embassy in Athens and chanted slogans against Turkey and America and made demands that immigrants not be allowed entry into Greece.