Davutoğlu: It is time to take action in Syria 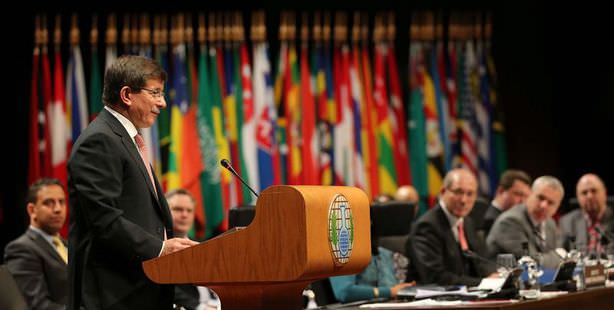 Foreign Minister Davutoğlu will be delivering the message “It is now time to take action,” during an April 20th core meeting of the Friends of Syria group to be held in Istanbul.

On April 20th, Istanbul will be hosting a Friends of Syria group meeting consisting of core members, during which Foreign Minister Ahmet Davutoğlu will be announcing, "It is now time for action." This time, the group aims to discuss concrete political, military and economic steps to curb the violence in Syria. The measures to be taken will be determined at a high-level officers meeting after which ministerial approval for the measures will be sought.

The core group will consist of foreign ministers from England, France, Germany, Egypt, the United Arab Emirates, Qatar, Jordan and Saudi Arabia as well as U.S. Secretary of State John Kerry, for whom this will mark his third trip to Turkey within the past two months.

A Turkish diplomat shared with SABAH, "Up until now, they have always been given a chance and given time. What transpires from here on out will no longer consist solely of words as in the past." The diplomat said that setting up a humanitarian aid buffer zone, the UN devising a new resolution draft, recognizing the Syrian opposition as the sole official representatives and reopening embassies were all issues that are on the table. The same authority also said that establishing a coalition is also a possibility.

During the last meeting in Rome of this core group of members, which was established through Turkey's initiative, the United States as well as other EU nations had discussed the issue of providing non-combatant military assistance. Due to a lack of unanimous votes within the EU, France and England had voted against Germany to lift the prohibition of providing weapons assistance to the Syrian opposition.