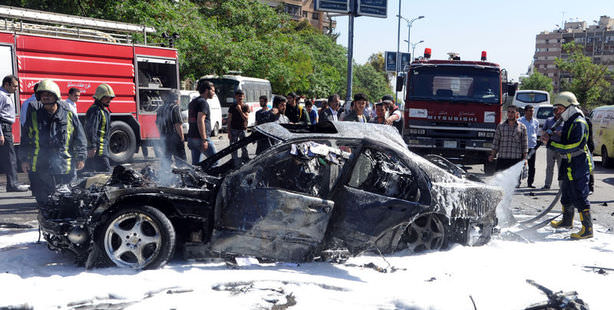 "The terrorist explosion in al-Mezze was an attempt to target the convoy of the prime minister. Doctor Wael al-Halqi is well and not hurt at all," state television said.

It had earlier reported that a "terrorist explosion" in the Mezze district, where many government and military institutions are situated and where senior Syrian officials live, had caused casualties.

A picture uploaded by opposition activists showed thick black smoke rising from the purported site of the explosion.

The Britain-based Syria Observatory for Human Rights, which has a network of sources across Syria, said initial reports indicated one person accompanying the prime minister had been killed.
Last Update: Apr 29, 2013 11:36 am