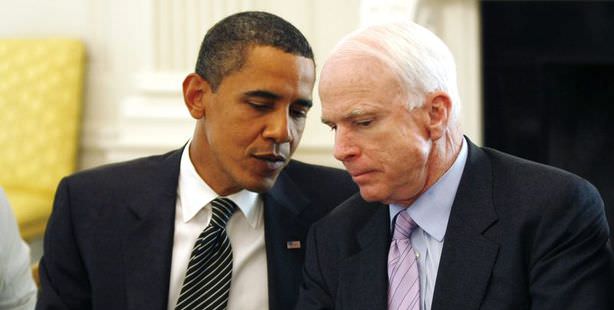 U.S. President Barack Obama may be planning broader action on Syria, rather than just a limited strike as previously anticipated, should the U.S. Congress rule in favor of authorizing military intervention when it convenes on September 9.

Ever since U.S. President Barack Obama decided last Saturday to seek congressional approval for military action in Syria, a number of different scenarios have begun to surface in Washington regarding what the scope of the planned operation will involve.

Obama, who has in the past repeatedly referred to "a limited operation" in Syria, yesterday said during a meeting with congressional leaders at the White House that the U.S. has a broad plan to assist the opposition in defeating the Syrian regime forces. Obama also explained that the aim is to decrease Assad's war capabilities. The president also expressed confidence that Congress would vote in favor of military action when it convenes on September 9, when the House and Senate return from their summer recess.

Obama solidified the details of his attack plan after meeting with Republican Senators John McCain and Lindsey Graham, both members of the United States Senate Committee on Armed Services. McCain asserts that a limited strike would not suffice to deliver the strong message needed to Assad and says that Syria's air defense system should also be compromised in the offense. McCain has also stated that he will only support Obama's proposal for a military campaign in Syria, if it were to be a move sufficient enough to reverse the current situation in the battlefields throughout the country.

General Jack Keane, a former vice chief of staff of the U.S. explained to the BBC that from what he has heard from Republican senators is that Obama has assured that if Congress approves military action, they plan to "deter and degrade" President Assad's forces. However, according to speculation, even in the case of a broader intervention, Obama will still most likely only use U.S. naval and air forces.