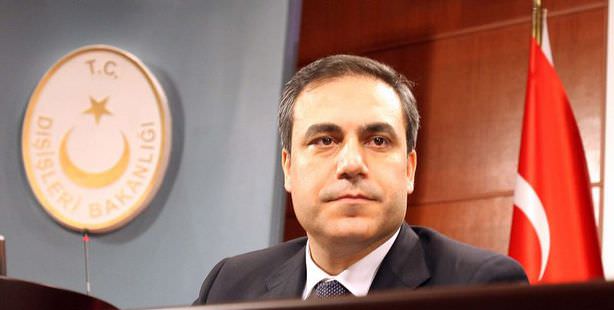 Iranian Foreign Minister Mohammad Javad Zarif has refuted allegations that Turkey's National Intelligence Organization Chief (MİT) Hakan Fidan ousted Iranian agents working for Israel's intelligence organization Mossad on Turkish soil. "I am not aware of any such thing. This is an allegation that has absolutely nothing to do with reality. Therefore, I do not know anything that can explain such baseless allegations. People manufacture lies and that makes it difficult to offer a response to a fabricated lie," stated Zarif who was answering reporters' questions during a press conference with his South African counterpart Maite Nkoana-Mashabane in Pretoria.

Zarif also shared that he will be heading to Istanbul from the South African capital over the weekend and plans to meet with President Abdullah Gül, Prime Minister Recep Tayyip Erdoğan and well as Foreign Minister Ahmet Davutoğlu. Zarif also stated that he will be discussing the issue while in Turkey and added, "Iran and Turkey play an important role in establishing peace and security in the region."

On October 17, the Washington Post published an article penned by David Ignatius and entitled "Turkey blows Israel's cover for Iranian spy ring" which claims that the MİT chief disclosed the identities of up to 10 Iranians who had been meeting with Mossad case officers in Turkey. Following the release of the article, Israeli's Foreign Ministry Spokesman Yigal Palmor announced that Israel shared no such information in regards to the allegations and content of the article.